ANZ New Zealand’s chief executive has stepped down from his role, with the board citing concerns over ongoing health issues and the nature of his personal expenses. 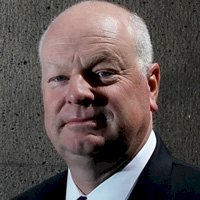 David Hisco is departing after two years in the position, with retail and business banking managing director Antonina Watson to step in as acting chief executive.

The board expressed concern over the “characterisation of certain transactions,” following an internal review of Mr Hisco’s expenses.

In a press conference, Sir John Key, chair of ANZ New Zealand and former prime minister of the country said: “Specifically, this related to the long-term personal use of corporate chauffeur cars as well as charging the company for storage without proper disclosures.

“The amounts in dispute are in the tens of thousands of dollars.”

The expenses were not documented clearly, which meant they were either “mischaracterised or there was a lack of transparency,” Sir Key added.

Mr Hisco was said to accept accountability and that the expenses fell short of the standards required, despite not agreeing with all the board’s concerns.

The departing executive will receive his contracted and statutory entitlements to notice and untaken leave, with all unvested equity to forfeit. This equates to 12 months’ notice along with his accrued leave and $6 million ($6.4 million NZD) in equity, Sir Key said in the press conference.

“We are disappointed David is leaving ANZ under such circumstances after such a long career, however his departure is the right one in these circumstances given the expectations we have of all our people, no matter how senior or junior,” Sir Key said.

“We are fortunate enough to have an experienced executive in Antonia Watson to step in while we conduct a search for a replacement. Antonina’s extensive banking career has her well placed to help ANZ manage through this transition.”

ANZ added the Reserve Bank of NZ and APRA have both been notified of the changes and are being provided all requisite filings. 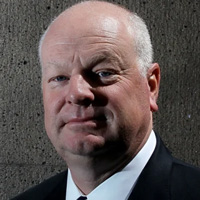