Integrity Life has added to its group and retail distribution teams with five new hires five weeks after its launch to the adviser market. 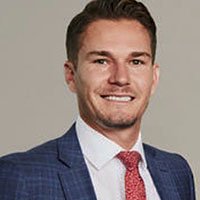 Josh Lawrence has been appointed as national business development manager, aiming to expand the company’s growth across the group and working national BDM Ashton Fernando.

Prior to this, Mr Lawrence as a senior BDM with AIA, which followed him working in the group insurance team at TAL.

Liz Dzelmanis and Amie Pachos have joined the distribution team as business development managers, with the firm saying they will be key for establishing relationships with advisers.

The company also hired Tom Cincotta in January, appointing him as regional distribution manager for Victoria, Tasmania and Western Australia.

Mr Cincotta has expanded his team with the addition of Voula Makris and Alicia Faour.

Ms Makris joined Integrity after 13 years with CommInsure while Ms Faour came from ANZ One Path where she held a Life Insurance BDM role.

Both started on 1 April, and will be overlooking the business in Melbourne.

Mr Lawrence was appointed on 15 April.

“When we launched to the retail market last month we talked about the importance of culture and getting the right people on board,” Chris Powell, managing director, Integrity said.

“Great corporate culture is based on doing the right thing by employees, customers and stakeholders and this starts with hiring the right people who are aligned with Integrity’s corporate values

“We are delighted to welcome our new distribution team members who all share our core DNA – innovation and customer focus, as well as a commitment to people and culture.”

New distribution BDM Ms Dzelmanis has more than 15 years’ experience in the insurance and superannuation industries, joining from ANZ OnePath where she was a business development manager in the retail life risk team.

She has also held positions with MBF (BUPA), AIA, AMP and CommInsure.

The other newly appointed distribution BDM, Ms Pachos has joined Integrity following four years with CommInsure as a business development manager and a further five with AMP across a number of areas in the business.

Ms Makris of the regional distribution team has more than 25 years’ experience in financial services, having worked across customer service, financial planning and sales. 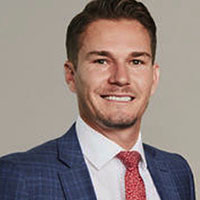