Women on Boards has chosen Vocus founder and former CEO James Spenceley to be the first ambassador for its WOBSX program, in its effort to create more opportunities for women on ASX and equivalent boards. 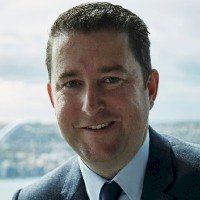 Developed earlier this year, the WOBSX program is a director-led peer-to-peer support program to assist women achieve ASX board roles.

It aims to have more than 25 per cent of participants in secured listed company ASX directorships (or equivalent) within two years of completing the program.

“I am delighted to announce James as our first WOBSX ambassador. James brings a wealth of corporate experience, covering a variety of roles including successful business owner, board director, chairman and investor,” Ruth Medd, executive chair of Women on Boards said.

“As someone who has successfully run an ASX listed company, his knowledge, combined with his genuine enthusiasm for mentoring and supporting others, makes him a perfect fit for this role.”

The Women on Boards organisation has been working for more than 12 years to address gender inequity in the boardroom and across leadership roles, with a goal for 40 per cent of board roles to be occupied by women by 2025.

As an ambassador for WOBSX, Spenceley’s role will be for a minimum two-year tenure and includes speaking at events, one-on-one mentoring and introducing board opportunities for members where appropriate.

“It is an absolute honour to be appointed as the first ambassador for the Women on Boards WOBSX program,” James Spenceley said.

“Having spent a lot of time, both on boards and dealing with boards it has become obvious to me how important diversity on boards is to the success of an organisation.”

Spencely is also the chairman of Airtasker and Silver Heritage Group and was recently appointed as a non-executive director of ASX listed Indoor Sky Dive Australia.

He was one of the youngest people to have launched and run a billion-dollar company, along with being the former owner and chairman of the Illawarra Hawks NBL team.

“I am passionate about empowering positive change in the country’s corporate boardrooms – one of the more obvious changes is including more women in leadership and board roles and I look forward to working with Ruth, Claire and the team, over the next two years,” he said. 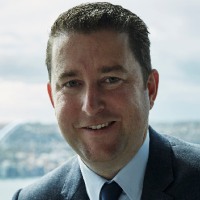