The Commonwealth Bank has announced that its acting chief financial officer will stay in the role on a permanent basis. 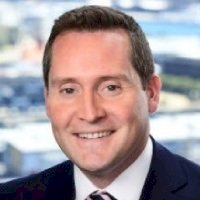 Alan Docherty has been acting chief financial officer since May and it has been announced the he will stay on in the role.

Mr Docherty was previously chief financial officer of the Institutional Banking and Markets division and before that held senior roles in Group Finance, Group Treasury and the Business and Private Bank.

CBA’s chief executive Matt Comyn said the bank had conducted a throughout search and Mr Docherty was the right man for the job.

“His extensive knowledge of the group and experience in financial services, combined with a strong set of personal values, has made Alan the right choice for this role,” said Mr Comyn.

Mr Comyn said that Mr Docherty’s experience in the UK and various divisions of CBA gave him a deep and extensive knowledge of the business.

“Alan has already made a significant contribution to the Executive Leadership Team over the past five months as have mad changes to become a simpler, better bank,” he said.

The appointment is the latest in a number of changes to CBA’s executive leadership, with a new chief information officer announced in October and a chief risk officer commencing the role in November, along with a new deputy chief executive. 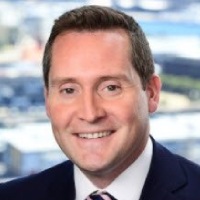