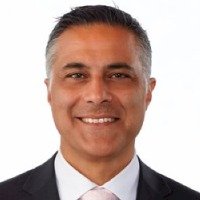 Ahmed Fahour, former managing director and chief executive of Australia Post will take over the role at Latitude from Sean Morrissey.

Mr Morrissey has made the decision to return home to the United Kingdom for health and family reasons.

Latitude chair Mike Tilley bid farewell to Mr Morrissey and thanked him for his significant contribution over the past three years.

“Among his many achievements were the separation of our operations and processes from GE, reduction of costs and delivery of organisational efficiencies, the hugely successful Betterers brand campaign, signing of major new partnerships including most recently retailing giant JB HiFi, and a range of digital and product innovations,” he said.

Mr Tilley welcomed the appointment of Mr Fahour and said he was joining in an exciting growth period for the company.

“Ahmed is the ideal individual to take the helm of Latitude as we embark on a new chapter and seize the opportunities that exist in a changing financial services landscape. His experiences and proven track record running large scale enterprises perfectly suit our ambitions as a growing challenger in a market in which customers demand better services and solutions,” he said.

Due to the leadership transition, the plans for an initial public offering of Latitude had been deferred but the board would continue to explore strategic options said Mr Tilley.

Mr Fahour said he was excited to join Latitude as he had admired it from afar and was grateful for the opportunity to lead it during a disruptive period in the financial industry.

“Now that Latitude has been successfully established as its own business with a new brand there are many opportunities available for this dynamic platform. Along with regulatory changes, new customer facing technology offers significant opportunities for Latitude to both directly support its customers and to continue to support its partners, online and in stores,” he said. 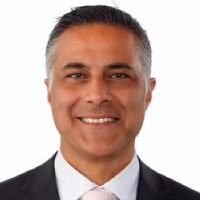