The major bank today announced a range of changes to its executive leadership team and the formation of a new Customer Experience division. 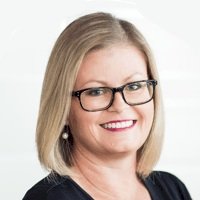 “We have a clear plan to transform NAB and create a sustainable business that puts customers first – and we are executing on that plan. Now is the right time to make these changes as we work to create a better bank and earn the trust of our customers,” Mr Thorburn said.

Rachel Slade will lead this division in the new role of chief customer experience officer. Ms Slade has been executive general manager of deposits and transaction services since joining NAB in January 2017 after more than 10 years in senior positions at Westpac.

Former NSW premier Mike Baird has been appointed chief customer officer of consumer banking. He will lead NAB’s retail banking business including more than 700 branches, 7,000 bankers, broker partnerships, direct banking and the digital bank UBank. He will also take a lead in the setting of NAB’s reputation agenda. Mr Baird has been chief customer officer of corporate and institutional banking since April 2017.

David Gall moves to the role of chief customer officer of corporate and institutional banking. Mr Gall has been NAB’s chief risk officer and part of the NAB Executive Leadership team since August 2014, having spent 29 years in corporate, commercial and retail banking.

Shaun Dooley joins the NAB Executive Leadership team as chief risk officer. Mr Dooley is currently group treasurer and has been with NAB since 1992, serving in various senior executive roles in risk, corporate and institutional Banking.

Andrew Hagger will leave NAB after 10 years, including the past eight years as a member of the Executive Leadership team. In that time, he has led the consumer banking and wealth businesses; MLC as chief executive officer, and the corporate affairs, marketing and people divisions.

“Rachel, Mike, David and Shaun are outstanding leaders who think customers first and bring terrific authenticity and values to NAB every day. These appointments also demonstrate the depth of talent we have inside NAB and I am particularly delighted to promote Rachel and Shaun to the Executive Leadership Team,” Mr Thorburn said.

“With the recent bringing together of the wealth businesses under new MLC CEO Geoff Lloyd to prepare for separation from NAB, Andrew Hagger believes now is the right time to leave. We have been colleagues for a decade at NAB, I have valued his long-term contribution and I wish him and his family well as he pursues new opportunities.”

Mr Hagger said: “It has always been a privilege to serve our customers and play a role in a number of achievements, including the Break-Up campaign, which attracted 1 million new NAB customers and core improvements in our consumer bank and UBank. I take accountability for what has occurred on my watch, and accept that alongside successes were failures, including instances where we did not act with the pace required. I leave NAB with confidence that we are creating a better bank.”

NAB is working towards an effective date of 1 October 2018 for these changes, subject to regulatory approval including applicable APRA registration requirements. 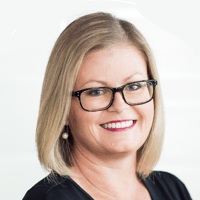