He will serve as a member of Macquarie’s board nominating committee and board risk committee, effective immediately.

He has had previous board experience and currently serves as a non-executive director to Lendlease Corporation, a member of the Clean Energy Finance Corporation board, and chairs the Westpac Bicentennial Foundation.

Mr Coffey has worked across Australia, New Zealand, the US, the UK and Asia and has worked in the areas of financial markets, funds management, balance sheet management and risk management.

He spent more than two decades of his career in executive positions at Westpac, such as group chief financial officer and group executive, Westpac Institutional Bank.

From 2014 until his retirement in 2017, Mr Coffey served as the major bank’s deputy chief executive where he oversaw stakeholder relationships with industry groups, regulators, customers and government.

He has previously held roles at Citigroup, AIDC and began his career at the Reserve Bank of Australia.

Macquarie also announced in its statement that, effective immediately, incoming chief executive officer Shemara Wikramanayake had joined Macquarie Group and Macquarie Bank as an executive voting director where she will receive no fees. 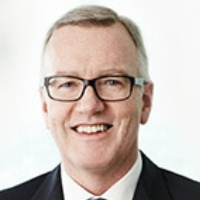