NAB chief operating officer Antony Cahill has announced he is departing the major bank to return to his family in the UK where he will take up a senior role at payments giant Visa. 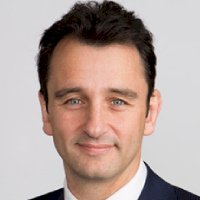 In a statement to the ASX this afternoon, NAB announced that, after more than eight years at the bank, Mr Cahill’s last day would be Friday 14 September.

Mr Cahill joined NAB in 2010 and held a number of executive general manager roles across growth partnerships, digital and direct banking, and lending and deposits from 2010 to 2014.

From August 2014 to August 2016, Mr Cahill was group executive, products and markets at NAB before becoming the bank's chief operating officer.

“It has been a pleasure to work with Antony over the four years he has been on our executive leadership team.

“He has made a significant contribution to the bank, and his leadership in product management, customer journeys and with NAB Labs and NAB Ventures are worthy of special mention.”

Mr Thorburn expressed his well-wishes towards Mr Cahill and his family, said he was “disappointed” to lose Mr Cahill as a colleague but “totally underst[oo]d his reasons for accepting this opportunity in the UK”.

Commenting on his own departure, Mr Cahill said he was proud of his time at the major bank and said it was “stronger” and “more customer-focused”.

“That work continues and, under Andrew’s leadership, NAB is on the right path to rebuild trust and respect among customers and the community.”

NAB confirmed with InvestorDaily that Mr Cahill would be starting at Visa’s London office in January 2019 in the position of managing director, European regions. 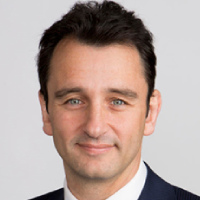