The Alternative Investment Management Association has appointed an AMP Capital executive to chair its Australian chapter following the promotion of the outgoing chair to its global board. 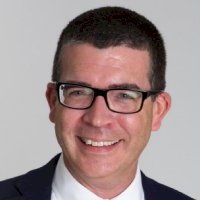 In a statement, the hedge fund industry association said AMP Capital head of alpha strategies Alistair Rew would become the new chair of AIMA Australia from “late September” for a two-year term.

Mr Rew has been head of alpha strategies at AMP Capital for more than five and a half years, where he is responsible for developing a number of investment teams.

Prior to that, he was managing director at XL Capital Investment Partners across New York, London and Sydney where he led the global hedge fund department.

He has also worked for Barclays Capital and Dresdner Kleinwort, and currently chairs the AIMA Australia Investor Advisory Group.

The appointment of Mr Rew is off the back of AIMA’s promotion of its current Australia chair and Nanuk Asset Management founding partner Paul Chadwick to its global board of directors.

Mr Chadwick was chairman of AIMA Australia for six years and will be handing over the reins to Mr Rew.

Mr Chadwick has also had other board experience, having served as chairman of alternative asset management firm CQS Australia from 2010 to 2016.

He has also worked in senior positions at GMO Australia and Westpac Investment Management.

AIMA Australia general manager Michael Gallagher said AIMA recognised the “resourcefulness, ingenuity and intelligence of its Australian chapter” and had taken up many ideas that had been locally born.

“We have doubled our local membership in four years, in which time alternative investments have gained market share and respect from investors across the spectrum.”

Commenting on his appointment, Mr Chadwick said: “I look forward to bringing more of our local perspectives and experiences to the global table and continuing to support industry growth and development over what are likely to be two fascinating years for markets as quantitative easing ceases and more powerful technologies continue to transform practices.” 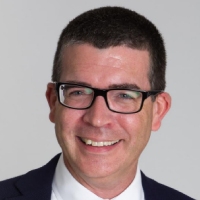