Citigroup chief technology officer Craig Bright will take the place of Westpac current chief information officer Dave Curran, who will resign at the beginning of next year. 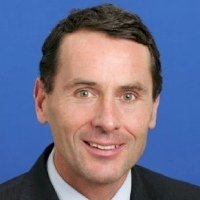 Westpac announced in a statement this morning that outgoing chief information officer Mr Curran would be replaced by Mr Bright in January.

Mr Curran has been in the role since 2014 and played a key part in Westpac’s shift to digitalise, the statement said.

Thanking Mr Curran for his time at Westpac, chief executive Brian Hartzer said: “Since joining Westpac in 2014, Dave has led a fundamental step change in advancing Westpac’s technology capabilities, helping us to continue to improve the customer experience while simultaneously improving productivity and risk management.”

Mr Hartzer added that Mr Curran had also influenced the big bank’s culture, creating a more “agile” way of working, as well as advocating to address the technology skills shortage and the gender imbalance.

“On behalf of Westpac, I would like to personally thank Dave for his counsel and strategic insight, which has helped us to establish clear roadmaps for our long-term digital transformation.”

He is currently the chief technology officer of global consumer banking at Citi, based in New York.

Prior to that, Mr Bright was managing director of global consumer infrastructure and head of North America for over five years.

He has also held senior and c-suite level roles at Barclays and National Australia Bank, and he was at Ernst & Young Consulting for nearly 7 years (1993–2000), departing as a principal.

Mr Hartzer said Mr Bright would bring his skills and expertise to the role and said he was “delighted” he would be joining Westpac.

“Throughout his career, he has been part of some of the world’s leading banking transformation programs, and is now at the forefront of future-thinking on digital, mobile and data & analytics strategies for one of the world’s largest banks.”

Mr Curran will retire as chief information officer at the end of January 2019, but will remain on the board of Westpac Bicentennial Foundation. 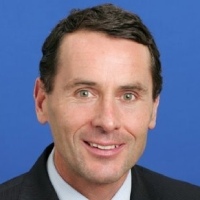