Zurich will make significant changes to its Life and Investments leadership team and bring on ANZ executives in order to carry out its “dual strategy” once the acquisition of OnePath is complete. 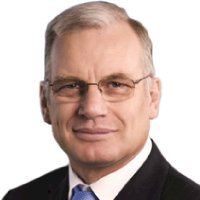 In a statement on Wednesday, Zurich outlined changes to the roles of executives on the c-suite level of its Life and Investments business that would kick in March 2019 following completion of the OnePath acquisition.

Zurich chief executive Tim Bailey will remain in his position to lead the “combined business”, while a number of ANZ executives will join Zurich.

The changes are as follows:

Commenting on the raft of appointments, Zurich chief executive, Asia-Pacific region Jack Howell said the acquisition of OnePath represented a belief in the ANZ business.

“This transaction brings together two highly successful businesses, each with a strong brand heritage and loyal customers. The senior leaders of both businesses are among the most talented and respected in the industry,” said Mr Howell.

Zurich Australia chief executive, life and investments Tim Bailey said that the “balance of the team”, which incorporates staff from both ANZ and Zurich, reflected Zurich’s “dual proposition strategy”.

“We will continue to invest extensively in both the Zurich and OnePath brands and propositions, ensuring both advisers and customers can benefit from genuine choice and a superior customer experience,” Mr Bailey said.

Until the formal acquisition, ANZ Wealth and Zurich will continue to operate as separate business on a ‘business-as-usual’ basis.