National Australia Bank has announced that former Perpetual managing director and chief executive Geoff Lloyd will lead MLC as NAB moves to divest its wealth management business, as announced in May 2018.

Perpetual announced Mr Lloyd’s departure as chief executive in November 2017 after six years in the role.

Mr Thorburn described Mr Lloyd as “a standout leader” and “the right person to lead through the transaction, establish a new standalone business and build it for the future”.

“Geoff has been in wealth management his entire career and has a vision and a passion for improving the financial prospects of Australians.”

“He is a highly regarded executive with a proven track record of delivery, having successfully driven a major turnaround program at Perpetual through a period of significant change.”

For his part, Mr Lloyd said: “This is an exciting challenge and opportunity, to lead a business that is well positioned to grow and continue delivering for clients in the decades ahead.”

“I'm also looking forward to playing my role in responding to the external challenges for our industry and working to grow confidence and trust in the service we deliver our customers and helping them secure their financial future.”

Mr Lloyd’s appointment is subject to regulatory requirements, including registration with APRA in line with the government’s new Banking Executive Accountability Regime (BEAR) which began on 1 July 2018. 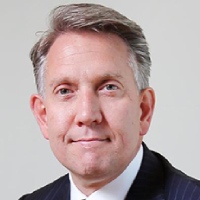