A former QSuper executive has been appointed as chair of the Superannuation Complaints Tribunal (SCT) for a five-year period. 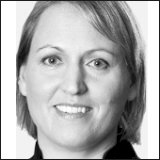 “Ms Davis is a superannuation consultant having established her own consultancy firm in 2013," Mr Frydenberg said.

"Prior to this, Ms Davis held a range of senior roles at QSuper, including her role as Chief Officer, Member Outcomes."

Ms Davis will take over the role from outgoing chair Jocelyn Furlan.

"The Government would also like to thank the outgoing chair, Ms Jocelyn Furlan, for her contribution to the Tribunal since her appointment in 2009. I wish her all the very best for her future endeavours," Mr Frydenberg said.

"The superannuation industry looks forward to working with Ms Davis to ensure the SCT continues to be the first stop for consumer complaints about superannuation," Mr Garcia said.

"The SCT plays a vital role in providing a low-cost and informal alternative to the courts for the resolution of certain superannuation complaints," he said. 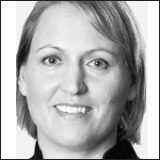