The three peaks challenge: The markets’ race against time

Inflation, interest rates and the US dollar all need to peak this year before markets calm down. 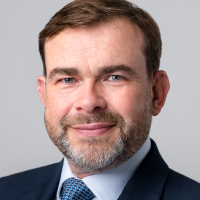 Global growth won’t resume until the recent spikes in prices and the rises in interest rates being used to combat them have reached their zenith. Both would then start to weaken the US dollar, whose strength has increased the cost of foreign trade and pressurised emerging market economies.

Just like the famous UK three peaks challenge in which runners must reach the summits of the highest mountains in Scotland, England and Wales within a set time, all three economic peaks must be overcome in the second half of 2022 so that markets can stabilise.

The first peak to conquer is inflation, which has spiked on huge rises in energy and food prices following the end of the COVID-19 pandemic and the effects of the Russia-Ukraine conflict. Inflation has reached 8.6 per cent in the US, its highest level since 1981, and 8.1 per cent in the Eurozone, its highest level ever. Prior to the pandemic, inflation was consistently at or below 2 per cent for many years.

Inflation has been a benign indicator for investors for over four decades, ever since Paul Volcker, the then chair of the US Federal Reserve, tamed rampant US inflation of 20 per cent and re-established central bank credibility in the early 1980s.

We know that central banks have the tools to control inflation by raising interest rates, which reduces credit creation (the end of free money) and slows the housing market (the end of the cashpoint remortgage), which combine to reduce aggregate demand and increase unemployment.

Such a slowdown of the economy will be instrumental in reaching peak inflation, though we acknowledge that the blunt tool of interest rates will leave investors swinging wildly between fearing too much tightening in case it causes a recession, and not enough. So, there is more to come. 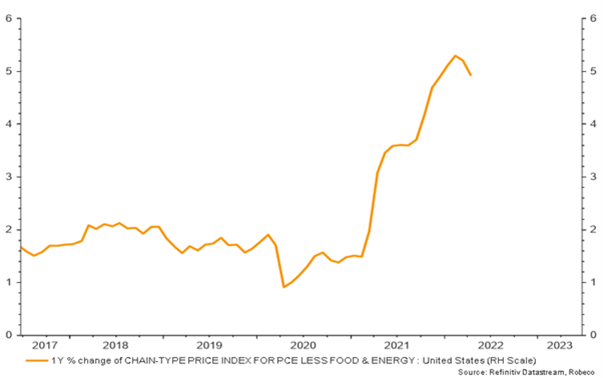 US inflation is reaching levels not seen since 1981, even when the costs of energy and food are stripped out.

While the main focus on inflation is higher prices in the shops, it is bad for both the equities and fixed income markets. Inflation eats into corporate profits if prices cannot be passed on, and it also reduces the values of longer-term bonds.

The rise in energy prices permeates the whole economy, affecting business and consumers alike, acting a tax on growth and reducing demand for services and other goods. In addition, the increased uncertainty about corporate earnings and the ability of companies to protect margins by passing on rising input costs (including labour and debt costs) will add to equity and high yield volatility.

The Fed’s broadening focus from using only Core PCE (excluding energy and food) as its preferred measure to tackle headline inflation means there is hope that peak inflation is on its way in the third quarter of 2022.

The next mountain to climb is interest rates, which have been raised across the world to combat inflation. Raising rates makes borrowing more expensive, leaving consumers with less money to spend. But it has side effects, including raising the value of an already expensive US dollar.

The US Fed funds rate is projected to be around 3.5 per cent, up from 1.75 per cent at the end of June, which would be the largest rate rise in a calendar year since 1980. In 1994, which saw what is generally considered to be an engineered ‘soft landing’, US rates jumped to 2.5 per cent. So, the tightening cycle today is harder, because the economy needs that reaction function.

In our view, peaks in the various inflation data will point to lower inflationary pressures and signal that rate rises are working through the economy. In the second half, we expect a more benign outlook for financial conditions: we believe that rate expectations will drop, and the Fed Funds target rate will not reach 3.75 per cent as is implied by the market by the year end.

All things being equal, this market consensus would imply an inverted yield curve, with recession indicators becoming more aligned and conclusive. Our core scenario is that we don’t expect a US recession in the next 12 months, although China, Japan and Europe may suffer that fate.

The third challenge comes from a US dollar that has reached 20-year highs against major world currencies. Traditionally considered to be a safe haven in times of trouble, a strong greenback makes commodities which are priced in dollars more expensive. This in turn badly affects emerging markets which rely on commodity exports and need funding in US dollars.

As US interest rate expectations and inflation both peak, then we can fully expect the US dollar to peak as well. Whether this comes before, during or after the other two peaks, we cannot be certain. But we should watch the US dollar because it has the most diverse set of traders and non-profit maximizing holders.

At the moment, the key drivers of the US dollar are positive, namely interest rate differentials, growth differentials and ‘safe haven’ capital flows. As growth slows and rate expectations fall, then the expensive US dollar should weaken.

The three peaks challenge: The markets’ race against time

Inflation, interest rates and the US dollar all need to peak this year before markets calm down.