Now’s our chance to speed up the transition

Security of supply concerns prompted by Russia’s invasion of Ukraine may be the catalyst for speeding up the transition to net zero that the climate crisis itself has not proven to be. It should never have taken the illegal invasion of a democratic, sovereign nation, with all the horrors we are seeing unfold in Ukraine, for the world to wake up and realise we need to go further and faster in bringing forward the transition to net zero. Yet here we are.

In the West, particularly in Europe, most countries are re-examining their energy mix and finally putting in place long overdue plans to tackle the problem of how to ensure a stable, secure supply of energy while shifting away from fossil fuels and towards renewables. In Germany, Europe's biggest importer of Russian gas, the ruling coalition has brought forward its commitment to renewable power and plans to build liquified natural gas import terminals with mandated minimum levels of gas storage.

In the UK, the Government’s recent energy strategy attempts to strike some of this balance by ramping up nuclear capacity while developing green hydrogen production. It includes plans to increase short-term North Sea oil and gas extraction, while also seeking to invest in greater energy efficiency in homes to reduce demand for gas. We can debate whether these plans do go far enough, fast enough, and whether they constitute the right energy mix, but it seems that words are now, finally, turning into action.

We have been gifted a second chance to reflect on what a resilient, sustainable energy system might look like, even if security-of-supply concerns drive us to surprising conclusions such as boosting near-term oil and gas storage capabilities. Whereas the energy transition was once talked of in terms of decades, there is fresh urgency at play. The EU has announced a plan that will see a faster transition to clean energy, jointly committed to by the US. The result is that natural gas imports from Russia to the EU will be scaled back by as much as 65% by the end of this year.

Elsewhere, California has accelerated its renewables target. Recently auctioned offshore wind leases on the New Jersey and New York coasts received record bids amounting to $4.4 billion. By contrast, a recent sale of oil drilling rights in the Gulf of Mexico attracted less than $200 million. China has also raised its ambition for increasing solar, wind and hydropower production, as well as battery and pumped hydroelectricity storage.

Investors feel this sense of momentum too. Given the financial losses incurred by much of the industry and end investors through exposure to Russian oil and gas, never more so than now have we had such a vested economic interest in taking on advocates of the status quo and pushing governments to make urgent changes to create the right context for a sustainable future. Putin’s invasion has pushed asset managers to think of renewables as representing 'freedom energy', putting more of us on the same page about the way forward.

It has become clear that fossil fuels, long promoted as reliable and secure sources of energy, may well be the opposite. If the war has taught us all anything, it is that they are at the mercy of unpredictable disruptions. Climate disasters, already apparent in so many places around the world, have proven insufficient to wean us off fossil fuel consumption. Concerns over national energy security have instead turned out to be the necessary mobilising force.

In the medium term, we expect energy investment in favour of the transition to accelerate, given its increasing link to national security. Energy efficiency-focused investments could benefit from high energy prices as these drive re-investment into the sector.

Investors will be forced to consider alternative sources of supply, to avoid dependency on undesirable state actors. As we reflect on the vulnerabilities of individual technologies to high-risk minerals—storage, nuclear and wind look most in danger—this may create space for more alternatives to emerge.

We may now finally be on the verge of a wholesale decarbonisation that goes far deeper than adopting electric vehicles and substituting fossil fuels for renewables. Even sectors more stubborn to adaptation are unlikely to stay that way, including production of industrial metals, chemicals, fertiliser, and long-distance and heavy transport.

In so many areas, governments and the private sector will need to work together to achieve a just transition to a more resilient and sustainable world. We must not let this impetus for change pass us by.

Now’s our chance to speed up the transition

Security of supply concerns prompted by Russia’s invasion of Ukraine may be the catalyst for speeding up the transition to net zero that the climate crisis itself has not proven to be. 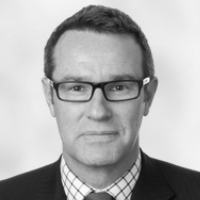