In the first quarter of 2021, €120 billion flowed into sustainable funds in Europe. By comparison, Australia’s entire sustainable investment universe accounts for only $25 billion in asset under management, over half of which is in passive products. There has been a mounting case for the growth in the Australian sustainable investment industry, but it pales in comparison to the movement underway in Europe. So, the question is whether Australia will follow suit.

In understanding to what extent this will happen in Australia, we first need to understand the forces at play – and sustainability starts with policy. Europe is legally bound to have net-zero emissions by 2050 and will reduce net emissions by 55 per cent from 1990 levels by 2030. This creates a natural road map for investment, whether it be technology or infrastructure. A pathway that allows companies to plan their future development and technology to accommodate. For example, London has banned the sale of petrol and diesel cars by 2030. As one of Europe’s biggest markets, the European car manufactures started to increase the size of their electric vehicle (EV) fleet. To go one step further, European automotive manufacturers face fines for not meeting emissions targets, and countries like Germany and France offer incentives for EVs.

By comparison, Australia does not yet have a commitment to net-zero emissions over any time frame and currently ranks last out of nearly 200 countries on climate action, according to the UN. In Victoria, drivers are in fact taxed per kilometer for driving electric vehicles. But the tide is slowly starting to turn, and a slew of new EV policies came into effect recently to encourage the uptake across government and non-government fleets. For example, NSW will offer a $30 discount on low- emission car registrations, ACT has no stamp duty on new zero-emission cars, and South Australia has announced a $13.4 million spend on charging infrastructure.

While it tends to start with policy, asset owners also have an enormous part to play. Australian asset owners are slowly progressing their sustainable investing agendas. While superannuation funds may be actively engaging with companies on issues of diversity, climate change and the like, only three of the largest 15 super funds have divested from fossil fuels, and 32 of the largest 40 still have coal investments.

In the words of the great Sir David Attenborough: “It’s crazy that our banks and pensions are investing in fossil fuels, when these are the very thing that are jeopardizing the future that we are saving for".

In the UK, the West Midlands Pension Fund that represents 330,000 members launched a sustainable equity fund in 2019 with a £1 billion investment, representing 7 per cent of their entire pot of capital. While the UK’s largest pension fund, University Superannuation Scheme began divesting from fossil fuels years ago. Last year Danish pension fund PenSam shifted €2 billion into a climate-focused global equity mandate.

These large flows are broadly a function of Europe’s regulatory environment. In 2017 the European Pensions Directive, IORP II, and the UK’s Department for Work and Pensions rolled out legislation requiring trustees to consider the financial materiality of ESG risks in their investment decision. And to aid the process of transitioning to a more sustainable investment landscape, the European Commission launched the Sustainable Finance Disclosure Regulation (SFDR) to essentially define just how truly sustainable an investment product is. Most importantly, the European Union recently legislated their EU Taxonomy, a classification system to identify environmentally sustainable activities. The aim of this taxonomy is to assist sustainable investment in achieving the directives of their commitment to decarbonisation and make for a greener Europe.

Australia is yet to legislate any such framework. Although encouragingly ASIC has recently stated their intentions to address threats of greenwashing, which is a small step in the right direction. As a result, last year, Mercer reported that 54 per cent of European Pension Funds are taking climate change into consideration. While to give you context, NGS in 2021 became the first super fund to invest in a green bond.

The retail and adviser markets paint a less sophisticated picture. Of the $4.1 trillion invested across managed funds in Australia, a mere 0.0061 per cent ($25 billion) sit in sustainable funds. Which begs the question, if it isn’t from the retail, adviser, institutional or political quarters, what is the catalyst to propel the Australian sustainable investment landscape?

Notwithstanding a slow start, the tide is slowly starting to turn. Retail assets invested in sustainable funds in Australia did grow by 35 per cent year-on-year in 2020 according to Morningstar. The market is also quite small and as more products become readily available, perhaps we see further participation. In the institutional market, members have upped their calls for action on climate change. Recently Rest Super had a member suing the super fund over its lax approach to climate risk. As a result, Rest has developed framework to manage climate risk. And more sustainably focused super funds, like Future Super, are seeing enormous growth.

What is also clearly evident is the broader integration of ESG into fund managers and investors investment processes. A number of high-quality asset managers have been utilising ESG analysis for various functions, first and foremost as a risk mitigation tool. Perhaps some may use it as a marketing tool. Encouragingly, anecdotal evidence suggests that ESG integration is becoming a requirement for most institutional mandates.

It is worth noting that all the Australian states, independent of the federal government have committed to some form of emissions reduction. Sustainability starts with policy. Towards the end of 2021, the world’s largest powers will meet to further accelerate action towards the goals of the Paris Agreement and UN Framework Convention on Climate Change, a la COP26. One would hope this be an appropriate moment in time for us to collectively plan for a meaningful transition to a more sustainable Australia.

In the first quarter of 2021, €120 billion flowed into sustainable funds in Europe. By comparison, Australia’s entire sustainable investment universe accounts for only $25 billion in asset under management, over half of which is in passive products. 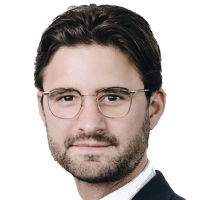