For as long as most investors can remember, bonds have been an important ingredient in a diversified portfolio, reliably hedging riskier assets: when stock returns go down, bond returns go up (and vice versa). But what would happen if stocks and bonds moved in concert – as they did for more than three decades up until the turn of the 21st century? In that case, everything from the traditional 60/40 portfolio to more sophisticated risk parity strategies would need to change, with bonds no longer cushioning equity-price swings. All else equal, investors would face a tough choice between targeting the same level of portfolio return with greater risk or reducing their exposure to riskier assets but sacrificing returns.

Could we be getting close to a stock-bond correlation tipping point? Over the last 12 months, correlation has moved positive, underscoring the potential for an impending regime change. However, it is worth keeping in mind that this is a relatively short period of time and that on a year-to-year basis correlation can fluctuate quite a bit. While today’s economic landscape differs significantly from the 1960s and 1970s when stock-bond correlation was last persistently positive, current low interest rates and inflation should not lull us into a false sense of security. With deficits on the rise, Fed objectives seemingly in flux, and strengthening incentives for policy coordination, monetary and fiscal policy may be evolving in ways that could support a positive stock-bond correlation regime.

What should investors be looking for? A close study of monetary and fiscal policy over the past 70 years finds that positive stock-bond correlation is determined by policy and its effects on interest rate volatility, the co-movement of stock and bond risk premiums, and the co-movement of economic growth and rates.

Guided by history, investors should be mindful of three possible scenarios for stock-bond correlation:

The economy overheats; the Fed is accommodative

How much stimulus is too much? The great debate raging now has led to speculation that the Federal Reserve could continue to keep rates low even as inflation climbs.

It seems hard to imagine that the Fed would willingly dilute its hard-won inflation-fighting credibility. But greater Fed accommodation would likely lead to greater interest rate volatility, higher stock and bond risk premiums, and a shift to a negative correlation between economic growth and interest rates as the Fed spurs growth rather than reacting to it. These are the hallmarks of the positive stock-bond correlation regime of 1965-2000. During that period, volatility in the 3-month yield was two to three times higher than today, stock and bond risk premiums trended higher in tandem, and economic growth and interest rates were negatively correlated.

In the US, fiscal policy and monetary policy are usually independent, but with interest rates still at multi-decade lows, the Fed signaling no intention of raising rates for several years, and the debt-to-GDP ratio climbing, the preconditions for policy coordination are visible.

In this scenario, a fiscal expansion (perhaps to boost near-term growth) pushes up interest rates and crowds out private investment, restricting the capital stock and limiting long-term growth. As the fiscal burden grows, incentives for the Fed to be more attuned to and accommodative of fiscal considerations could grow, too.

Like a diminution of the Fed’s inflation-fighting credibility, it is equally hard to imagine US fiscal and monetary policy independence eroding. Yet, looking back at 1965-2000, we find signs that less sustainable fiscal policy and more discretionary monetary policy supported positive stock-bond correlation. And looking forward, given the historically large fiscal stimulus and the Fed’s commitment to maintain low rates through 2023, the possibility of greater policy coordination seems higher now than in recent past, with clear implications for stock-bond correlation and portfolio construction.

Of course, fears of inflation and a loss of policy independence could be overblown—the future may well look like the recent past. If inflationary pressures fade, the Fed’s commitment to low policy rates would not jeopardize its inflation-fighting credibility. Low rates would be a reaction to economic slack, not a reflection of shifting Fed priorities. Or, if inflationary trends extend, the Fed could respond in a manner consistent with past policymaking.

Whatever happens next, investors need to look beyond interest rates and inflation to gain a more holistic view of how monetary and fiscal policy may influence the correlations we’ve all taken for granted these past two decades. Otherwise, investors may find their balanced portfolios to be more volatile than they expect.

For as long as most investors can remember, bonds have been an important ingredient in a diversified portfolio, reliably hedging riskier assets: when stock returns go down, bond returns go up (and vice versa). But what would happen if stocks and bonds moved in concert – as they did for more than three decades up until the turn of the 21st century? 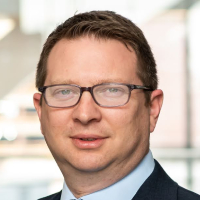