A strong recovery, many challenges ahead

While the US economy has been staging a strong recovery from the COVID-19 pandemic, the challenge is far from over. 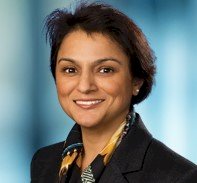 The first stage of the US economic recovery has proved as strong as we expected – and more. Both the rebound in spending and the decline in unemployment have exceeded most analysts’ expectations. This owes in part to the timely and decisive fiscal support: while the economy was largely shut down, stimulus checks and enhanced unemployment benefits boosted personal savings to a record high. As some states and local governments began to reopen their economies in May, this stored-up financial firepower allowed households to unleash the substantial pent-up demand for goods and services accumulated during the weeks and months of lockdown.

The health of the recovery was soon tested by a second wave of contagion in July, when COVID-19 cases rose anew. The recovery showed an encouraging degree of resilience. The improvement in economic activity and employment slowed but did not kick into reverse. The second pulse of our Franklin Templeton-Gallup Economics of Recovery study, conducted in early August, showed that Americans’ willingness to engage in different economic activities, from shopping to travelling to going back to their places of work, was not set back by the resurgence of contagion. Our study also highlights that a majority of Americans intend to keep increasing their savings over the coming months, but not pay down debt: they remain prudent in the face of the health and economic uncertainty, but are again accumulating spending power to deploy once the uncertainty abates.

This probably reflects the fact that the second wave of contagion was relatively more benign: compared to the rise in new cases, hospitalisations, intensive care unit use and deaths increased to a much lesser degree. New cases this time were more concentrated in younger age brackets, less vulnerable to serious health consequences. And, the healthcare system has learned how to care for those infected in a more effective and successful manner. As a consequence, in most cases policymakers have been able to respond with more localised and targeted restrictions rather than reverting to full-blown lockdowns.

But the challenge is far from over, and the tug of war between the virus and the economy seems likely to continue until an effective vaccine is made available at scale. Policymakers need to carefully calibrate restrictions so as to allow the economy to recover while limiting the adverse health consequences of COVID-19, and keeping in mind that lockdown measures carry negative health consequences of their own, some of which are now becoming apparent.

Overall, we expect third-quarter US gross domestic product to show a strong quarter-on-quarter rebound, followed by a slower recovery in the fourth quarter. Economic performance in the last months of this year will be held back by two related factors. First, the November US elections carry substantial uncertainty for the future course of economic policy, and this will likely act as a brake on business investment; second, the timing of the elections implies that Congress will probably not be able to pass an extension of fiscal support measures before early 2021.

We see a similar picture playing out in the euro area, with fiscal stimulus helping a recovery in consumer spending and business activity, especially in the third quarter. Employment is likely to follow a different dynamic than in the US, however. Widespread recourse to furlough schemes has so far limited the extent of job losses, but unemployment is now likely to edge up as some of these schemes expire. Europe is also facing a new increase in COVID-19 cases, notably in the UK, Spain, France and to a lesser extent Germany – similar to what the US experienced in July. As in the US, we expect these countries should be able to counter the second wave of contagion with targeted measures including localised lockdowns, increased testing and tracing program, rather than reverting to nationwide lockdowns.

Central bank support still on maximum setting
Global central banks are still offering maximum support to their economies. The US Federal Reserve (Fed) announced an important change to its monetary policy regime in August, switching to a form of average inflation targeting. In other words, the Fed stated that once inflation has risen back to its 2 per cent target, it will then allow inflation to run “moderately” above 2 per cent for some time, in order to make up for the prolonged period of below-target inflation. This provides an important reassurance to the markets that the Fed will not rush to tighten policy once it sees inflation back at the desired level. In fact, since the Fed’s own projections envisage that inflation will rise to 2 per cent only in 2023, this suggests that the central bank would be comfortable keeping interest rates at the zero bound for well over three years, assuming its forecasts are borne out.

At the same time, it’s worth noting that the Fed has left itself substantial room to manoeuvre: it has eschewed calendar-based forward guidance (a commitment to keep interest rates at zero until a specified date), and it has deliberately not indicated what look-back window it will consider for its past inflation undershooting. In other words, the Fed has signaled it will maintain a supportive policy stance until it is convinced that inflation has settled in a stable and convincing manner above 2 per cent, but it has also retained the flexibility to act in case inflation should start rising too quickly at some point. This might seem a very unlikely scenario at this stage, but the Fed recognises that the uncertainty plays in both directions: the economy has already demonstrated a healthy capacity to rebound, and given the amount of fiscal and monetary stimulus already delivered and in the pipelines, an earlier-than-expected rebound in growth and price dynamics cannot be ruled out.

The European Central Bank (ECB) also remains fully committed to supporting the recovery, with negative interest rates and its sizable pandemic emergency purchase programme of monthly asset purchases. The ECB’s loose monetary policy stance is complemented by stepped-up fiscal support, and by the launch of a €750 billion European recovery fund that also represents a momentous step forward in terms of fiscal integration, and which therefore has helped reduce borrowing costs for the financially weaker member countries.

Overall, globally accommodative monetary policies are likely to keep yield curves anchored with long-term yields range-bound for the next three to six months; but then as the recovery picks up some steam, the zero-rates policy, together with quantitative easing and loose fiscal policies, should give some more life to inflation, creating potential for yield curves to steepen. The differential pace of economic recoveries and adjustments in monetary policies will play a determinant role in foreign exchange markets. The Fed’s move to zero interest rates and an average inflation targeting framework have rapidly eliminated the previous interest-rate advantage for the US currency. Looking forward, however, the ECB’s sizable asset purchase program, as well as the lingering uncertainty over global economic growth, should limit any more persistent and pronounced dollar weakness.

Actively seeking value remains crucial
Financial markets over the past six months have remained substantially insulated from the travails of the real economy. Record-low interest rates and stepped-up asset purchase programs by leading central banks have provided both ample liquidity and much-needed reassurance; meanwhile, decisive fiscal stimulus has boosted not only household savings, but also markets’ confidence that the real economy will be able to weather the storm and bounce back once the health crisis has been surmounted.

The coming months, however, might well prove even more challenging. New surges in COVID-19 cases, while relatively more benign, are slowing the pace at which local governments reopen business activity, and in some cases leading to restrictions being tightened again. Prolonged forced limits to the scale of business activity, together with prolonged uncertainty on the duration of these restrictions, are likely to trigger some increase in defaults in the months ahead.

In the US, this will be compounded by the uncertainty related to the November elections. This uncertainty will play at multiple levels. Democrats and Republicans have put forward substantially different economic policy plans, so the tax and regulatory environment could be substantially different depending on the election outcome, not only for the overall economy but also for specific key sectors like energy, healthcare, finance and technology, with the associated impact on high-yield and investment-grade corporate credits.

More generally, financial asset valuations will therefore likely experience stronger headwinds, while the entrenched zero-interest-rate environments underscore the challenge of generating income. We see no obvious areas of undervaluation remaining; to the contrary, some sectors like commercial real estate remain vulnerable. In this climate, active asset selection will become even more important. Picking individual countries, asset classes, industries and companies will be crucial to generate performance and manage risk. Importantly, as a number of states will likely need to increase taxes to get their finances on a more sustainable footing, the tax-free municipal bonds sector will likely become an even more valuable source of investment opportunities.

I remain optimistic on the prospects for the economy. We will get through the pandemic, we will get through the election uncertainty, and in 2021, the US and global economy will likely recover much of the lost ground. But it will be a gradual process, with a lot of uncertainty and a number of obstacles to surmount; some sectors of economic activity will be challenged for longer, and the pandemic will seed some structural changes that we will need time to understand and process. In the meanwhile, we believe high-quality, bottom-up research will remain crucial to successful investing.

A strong recovery, many challenges ahead 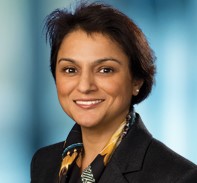