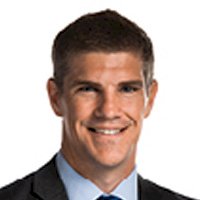 Listed contractors were continuing to struggle, both fundamentally as well as in terms of their share prices. Over the 12-month period leading to 30 June 2019, an equal-weighted composite of key listed contractors underperformed the S&P/ASX Small Ordinaries Index by 40 per cent, with CIMIC being the only constituent managing to outperform that benchmark.

We theorised that this poor performance was driven by a variety of factors including increased competition from offshore entrants with lower costs of capital, the ballooning costs of bidding on key contracts, risk being pushed largely onto the contracting sector to the benefit of governments, as well as increased scrutiny on revenue recognition and treatment of net tangible assets courtesy of a change in the accounting standards.

Performance continues to suffer
One year on, we continue to see the dismal share price performance of contractors exposed to the east coast infrastructure thematic. While COVID-19 has played a role, the negative drivers outlined in our original paper continue to pervade the marketplace. Unfortunately for the sector, this has resulted in almost all constituents underperforming the market for the 12-month period ending 30 June 2020.

The equal-weighted composite of six stocks – ADBRI (ASX: ABC), Cimic (ASX: CIM), Lend Lease (ASX: LLC), SRG Global (ASX: SRG), Southern Cross Electrical (ASX: SXE) and Wagners Holdings (ASX: WGN) – delivered an underperformance against the S&P/ASX Small Ordinaries Index of over 30 per cent through FY20. That is after already underperforming the index by 40 per cent over FY19.  The share market is clearly speaking with its feet.

So, what’s changed and where could we be wrong?

One area that has the potential to kickstart the east coast infrastructure boom has perversely come about as a result of COVID-19 – targeted government stimulus. Most parts of Australia’s economy have seen the negative impact of COVID-19 over recent quarters, with the broader economy slipping into recession for the first time in almost 30 years. Governments know that they need to fire up the economy in some way and infrastructure spending is high on the agenda.

In a similar vein to the “original” boom, we’re not convinced this stimulus will be enough to drag the contracting sector off the floor (although it may still serve its more social purpose of driving economic growth). There are three key reasons why we hold this view.

Governments have rightly placed emphasis on so-called “shovel-ready” projects. The fact that even these projects are defined as those able to begin within six months shows how cumbersome a task it is to ramp up big projects in the near-term. Large or “mega” projects that can genuinely be viewed as “economy building” are typically years in the making, and that is before even going to tender. From there, the tender itself may run for up to a year with the actual construction on such jobs often being more than five years. The result of all of this is that a new mega project being spitballed today may not be complete for over a decade. Unfortunately, governments know this all too well and as a result, in our view, will not be able to fully leverage infrastructure spend to help the economy rebound.

2. ‘Shovel-ready’ jobs are the focus which means only mid-sized contracts are being targeted

Cognisant of the first point, governments are targeting jobs with project values between $50 million and $500 million. While these are not immaterial projects in isolation, they are also clearly not the large scale, multibillion-dollar jobs that would typically be heralded as moving the dial. It also remains to be seen whether these projects will be able to navigate the government’s own bureaucratic process and deliver any tangible impact within the targeted six-month drop zone.

3. The concerns outlined in our original article which acted as a headwind to contractor profitability continue to permeate the market

Factors such as increased competition and the burdensome cost of bidding on key contracts are still providing headaches for contracting businesses. The hoped emergence of more “alliance style” contracts where governments and contractors work together, as opposed to facing off like adversaries, is also yet to gain traction. And if further evidence of suffering from live projects was required, a simple online search for some of the country’s major infrastructure projects tells the story – contractors losing hundreds of millions of dollars on yet-to-complete projects all over the east coast, finger-pointing between stakeholders, and even cases of contractors simply walking off the site in order to stem losses.

We view this as a sad state of affairs, though if anything it seems the headwinds confronting contractors appear to have increased over the past 12 months. While we are hopeful that contractors will be able to play their role over coming years and generate a reasonable return for their efforts, there isn’t much over the past 12 months that has forced us to reconsider our view. The FY20 reporting season in August wasn’t the “line in the sand” many had been hoping for either. Though we note there appears to be some material activity kicking off in the west – did someone say west coast infrastructure boom?

Our preferred contracting exposure remains the Perth-based NRW Holdings (ASX: NWH), which combines a high-quality management team with a strong track record in mining contracting. The “cherry on top” so to speak now comes from NRW’s position within the emerging west coast infrastructure market, exemplified by an NRW alliance being named recently as “preferred” on the $852 million Bunbury Outer Ring road project (NRW is a 40 per cent partner in the alliance). The factors that we originally identified as impediments to an east coast infrastructure boom also do not appear as prevalent in the west, so we are much more comfortable with NRW’s value proposition than many other players in the space. 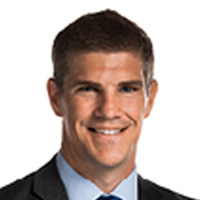