It’s not all doom and gloom for dividends

Investors must look beyond the headlines when considering their income strategy over the next 12 months. 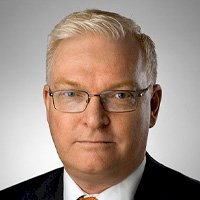 We’ve heard a significant level of hyperbole about the demise of dividends since the COVID-19 pandemic took hold, but the truth is in a relative sense gross equity income looks even better as returns on cash products continue to diminish.

Over the coming 12 months Australian equities will continue to provide superior income compared to most other asset classes. Following back-to-back rate cuts in March, retirees relying on so-called safe assets, such as cash, bonds and term deposits simply won’t be able to pay the bills and we expect the cash rate to remain close to zero for at least the next two years.

Fortunately, for retirees, dividends actually remain relatively strong. Reporting season has presented some better-than-expected results for dividend income in parts of the market and retirees can benefit from franking credits if their share portfolios are managed on a tax-effective basis.

Iron ore and gold miners, as well as consumer staple and some discretionary retailers whose sales have risen since March are some of the companies likely to deliver reliable income for investors in the coming 12 months.

When it comes to dividends it’s a stock picker’s market. We’re looking at generating gross income of around 7 per cent including franking credits from Australian equities in the next 12 months because we’re highly active and have been able to rotate into the companies that have emerged as sustainable dividend payers, if you’re active you can still get strong yield.

We maintain an extremely positive outlook on Australia’s iron ore miners, and iron ore prices have continued to hold up well through the pandemic. The world, particularly China, will need to spend big on infrastructure to recover from this pandemic-induced recession and infrastructure generally requires steel made from iron ore.

We anticipate Australia’s gold miners will also continue to perform well on the back of global economic concerns and the immense amount of money printing being undertaken by the US Federal Reserve.

Consumer staples providers such as Woolworths and Wesfarmers are also expected to generate sound yields for investors in the coming 12 months, following strong performances throughout the worst of the pandemic.

Traditionally Australian investors have relied on the big four banks for income, but this paradigm has now well and truly shifted. In fact right now I would say iron ore miners are the new banks when it comes to dividends.

The banks are an example of why we believe simply investing in the index for income right now is futile and the case for active and tax-effective portfolio management has never been stronger.

It’s not all doom and gloom for dividends