The growth of Aussie tech stocks

Technology has not historically been a significant component of the Australian share market, but we are finally beginning to see expansion in the sector. If we use the ASX All Ordinaries Index as a proxy for the Australian share market, technology represents less than 10 per cent of the index by weight (using a broad definition of “technology”).

However, while a relatively small part of the overall Australian share market on a weighted market value basis, in recent years Australia has produced a growing number of technology-focused firms with global leadership positions in large and rapidly expanding markets. From this perspective, the Australian technology sector has become very significant indeed.

Behind these are many smaller technology companies on the Australian share market that deliver into narrower global market niches but are nonetheless developing leadership positions in their respective markets – names such as Bigtincan, Nearmap, Audinate and Nitro Software.

There is a common thread that has facilitated the emergence of Australian technology companies – next-generation high-speed data networks and access to unlimited computing power on demand and at low cost.

No longer is the development of cutting-edge technology the sole purview of large companies with balance sheets that can fund the necessary computing infrastructure. The barriers for entrepreneurs with limited resources to turn smart ideas into globally significant technology products have been cut down significantly.

There are several homegrown technology success stories. In four years since its IPO, Afterpay has grown from a relatively unknown Australian payments technology company to a $15 billion trailblazer in the rapidly evolving buy-now-pay-later payments market. Afterpay has arguably defined the “pay-in-four” payments model and has dominated the market in Australia. Afterpay is now seeking to replicate this success in the much larger US market.

WiseTech is a software provider to the global logistics industry and its freight forwarding solution, Cargowise, is recognised as the market leader where it is used by the largest global third-party logistics companies such as DHL, DSV and others. WiseTech’s fortunes are heavily dependent on global trade volumes which may be impacted by COVID-related disruptions. Since its IPO, WiseTech has been highly acquisitive as part of its strategy to accelerate the expansion of its global footprint. In addition to cargo volumes, WiseTech’s success will also be contingent on their ability to successfully integrate the acquired companies.

Appen has been another Australian tech success story. In simple terms, Appen uses a global crowd of contract employees to annotate or label data on a large scale. Its customers use this data as training inputs in the development of artificial intelligence applications. Many of the applications we use everyday such as internet search, social media news feeds and online chatbots are all facilitated by Appen’s data annotation services. Appen also has world-leading capability in language recognition, which underpins everyday applications such as digital assistants like Siri on our mobile phones.

The market for artificial intelligence applications is still in its early stages of development, however the opportunity for clever machines to revolutionise many industries and drive significant productivity gains seems to be limited only by our imagination.

Currently there are 50 listed companies in the index, including household names such as Afterpay (APT), owner of realestate.com.au REA Group (REA) and employment services platform SEEK (SEK).

As always, investors need to do their own homework. However, the S&P/ASX All Technology Index provides a starting point for ASX-listed companies with a technology focus.

The growth of Aussie tech stocks 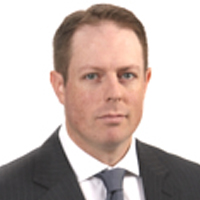 Why ASX listed businesses should take out loans now

Promoted by ORB Alternative How to ensure your business is prepared when ideal market conditions no longer exist.  ...