China shows surprising resilience, but will it last?

One of the more surprising aspects of the global stock market sell-off amid the COVID-19 pandemic has been the relative strength of Chinese equities. Year to date through March 27, MSCI’s China Index, which is made up of Chinese companies in the flagship MSCI Emerging Markets Index, was down only 11 per cent, making it one of the best-performing countries in the world. 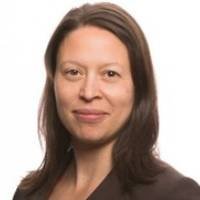 The MSCI Emerging Markets Index ex-China was down about 31 per cent over this same period. In developed markets, the MSCI EAFE and the S&P 500 were each down more than 20 per cent.

By many measures, China’s onshore market has held up even better, where declines have been limited to single digits for both the Shanghai and Shenzhen Composite Indexes, the two main trading bourses for A-share companies. Some market participants have pointed to the unusual trading dynamics in that market, where retail investors make up about 80 per cent of trading activity, as a possible source for the recent buoyancy. The theory goes that millions of would-be workers have been stuck at home to fight the spread of the virus, and with nothing else to do, they may be buying stocks.

This level of outperformance would be notable for any country in this environment, but it’s especially unexpected from the country that was at the epicenter of the current pandemic. That’s not to say that Chinese equities have been immune to the anxiety-inducing price drops that the coronavirus has inflicted on markets around the globe, which local participants experienced firsthand following the reopening of trading on February 3 after the extended Lunar New Year break. Markets opened down over 9 per cent that morning but went on to trade higher throughout the remainder of the day. Rather, what’s been most striking is that that’s the worst it’s been. While other markets have seen precipitous drops in reaction to the virus’s lethal combination of infectiousness and deadliness, and the necessity of a near-halt to economic activity, Chinese equities have held relatively steady, even rebounding throughout February and early March.

Although it appears the stringent lockdown of Wuhan and the surrounding Hubei province proved effective in limiting the spread of the virus, it seems hard to consider China completely out of the woods just yet. Like all countries, it faces the possibility of a second wave of reinfection. But this is potentially compounded for China by what appears to be a continued reluctance to officially acknowledge new cases of the virus and a demonstrated prior tendency to excoriate anyone who raises alarm. Furthermore, as the rest of the world works to halt the pandemic and shuts down large parts of their economies, demand for products made in China may also be on the wane.

While it’s hopeful to see countries begin to slow the trajectory of new coronavirus cases, a real stop to the pandemic and an economic rebound seem to rest on faster and more widespread testing, which is still forthcoming. Heightened uncertainty seems likely to dominate until then. We continue to believe that diversifying across countries, sectors, and market caps, combined with a disciplined rebalancing process, is the best way to manage these risks.

NB: all figures quoted in the article are in USD

China shows surprising resilience, but will it last? 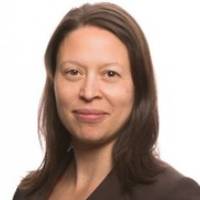