Investors ignore midcaps at their peril

In the last year, share markets have swung up and down, and many investors are rightfully nervous, some preferring the security of large-capitalisation companies over mid-cap stocks. However, mid-caps companies are likely to gain more over time and wise investors would include a generous portion in their portfolios rather than sticking to the giants. 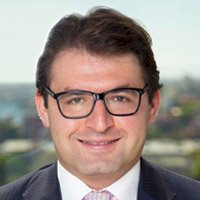 Over the last year, gains in mid-caps stocks have lagged considerably gains in large caps. Reflecting that, the S&P/ASX MidCap 50 index, which includes the 51st to 100th largest stocks on the Australian Securities Exchange (ASX), inched forward just 1.8%. In contrast, the S&P/ASX 50, which represents the largest 50 Australian companies on the ASX, gained 11.6% over the year to August 31, while ASX 100 is up 10.2%. So most of the runs on the board have been made up by the ASX top 50, not the bottom 50.

The S&P/ASX MidCap 50 includes well-known names such as The a2 Milk Company, Tabcorp, REA Group, Crown, Seek, JB Hi-Fi, Flight Centre, Bluescope Steel and Coca-Cola Amatil. These are household brands, owned by companies with strong balance sheets, growing businesses and quality management. These stocks are worthwhile consideration for any portfolio.

While mid-caps as a group have been underperforming, their long-term growth profile is superior to those of large and small caps. There are several reasons for this. Unlike large established companies, mid-caps are still expanding their markets. That compares to Australia’s largest companies, which are growing more slowly. That includes the big banks, which are struggling to grow their earnings in the face of very high levels of household debt and falling property prices. Mid-caps are also more likely to be takeover targets, which can be a boon to shareholders.

Compared to small caps, midcaps are much less risky; their markets are more established and their earnings are more secure. Reflecting that, over five years to 31 August 2019, the S&P/ASX MidCap 50 index has gained 12.2% p.a. compared to 7.8% p.a. for the S&P/ASX Small Ordinaries index. The S&P/ASX 100 has risen 8.0% p.a. while the 20 S&P/ASX 50 has gained 7.4% p.a. Over 10 years, that pattern of outperformance by mid-caps is repeated. So, it’s a case of ignore mid caps at your peril. They offer superior risk adjusted returns compared to both large caps and small caps and wise investors include a generous portion in their portfolios.

KOSEC has combed through the ASX MidCap 50 to find some of the best growth opportunities. Broadly speaking, there is reasonableness in current valuations, given many mid-caps have been sold off.

Altium is one stock that stands out. It produces printed circuit board design software and boasts very strong operational and financial performance and an impressive list of clients. In its recent 2018-19 full-year results, Altium expanded its profit margins to record levels with a 41% increase in net profit after tax (NPAT) to US$52.9 million ($78.7 million) and earnings per share (EPS) growth of 41%. The business is growing its margins across all key regions and all business segments. With a far-reaching list of clients that also includes the likes of Apple, Microsoft, Tesla, Audi, Toyota, BMW, Volkswagen, Bosch, Cochlear, and ResMed, Altium is poised for further long-term growth. Wise investors would be buying this one on any dips.

REA Group is another example of another mid cap enjoying strong returns. Both revenue and earnings grew 8% to $847.9 million and $501.2 million over 2018-19. While reported net profit of $105.3 million fell 58%, reflecting one-off transactions, its profit potential remains strong. In terms of clicks and online traffic,realestate.com.au is still the largest Australian online property site with over one million visits a day. The integration of WhatsApp connecting agents to consumers, along with added investment encouraging increased market share should favourably position REA Group in the region.

Other mid cap stocks we’ve long been fond of are ResMed and The a2 Milk Company. A2 is trading well down from its year high of $17.30 and at around $13.50, represents good value. The market was disappointed by its recent 2018-19 results, but a2M still posted a strong NPAT of NZ $287.7 million, a 47% jump while revenue struck $1.3 billion, up 41%. The company has consistently delivered strong growth over the long-term with established infant formula market share in Australia and China, along with strong sales of fresh milk.

Another well-known mid capworth backing is ResMed. The healthcare company reported a 13% increase in revenue to US$705 million ($1.05 billion) in the fourth quarter. The company is likely to achieve another impressive full-year result for 2020 as the market for its sleep apnea devices is huge and ResMed’s margins are expanding with its software-as-a-service business. While its shares at over $20 are trading at near record levels, there is no stopping their gains over the long term, and possibly even the short term.

Investors ignore midcaps at their peril 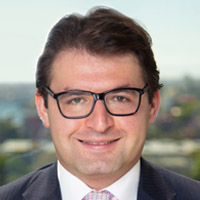