Boris Johnson’s Brexit strategy is nothing more than a high-risk gamble for the UK economy, warns Nigel Green, chief executive of deVere Group. 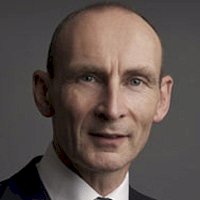 The stark warning comes as it is revealed that several billion pounds have been pulled out of UK equity funds since Mr Johnson became Prime Minister amid growing fears of a no-deal Brexit.

There’s an ongoing and growing shift out of the UK and into the EU by international fund managers as Mr Johnson’s political manoeuvres continue to increase the likelihood of Britain leaving the EU with no deal.

Tens of billions have already outflowed from UK equities since the referendum – and the haemorrhaging in this area doesn’t show any sign of stopping.

In addition, Brexit has already cost the UK economy more than £66 billion in under three years, according to S&P Global Ratings.

Britain’s global reputation as a pro-business, stable, secure jurisdiction to invest in and do business has taken a hit since the referendum in 2016. It’s now fading fast as the Prime Minister ramps up his “do or die” approach to Brexit as parliament returns.

On Monday Mr Johnson threatened to sack Conservative MPs who fail to support his government in the battle over planned legislation designed to block a no-deal Brexit.

Also this week, the first adverts will be released as part of Mr Johnson’s new £100 million campaign to get ready for Brexit.

The biggest public information campaign since World War Two will run across TV, social media and billboards for the next two months.

All these measures are, of course, tactics; they’re a very public display of defiance to the EU to pressurise them to reopen negotiations and/or give concessions to the UK.

But this so-called “strategy” is nothing more than a high-risk gamble. Of course, it might work at the eleventh hour. But if it fails, the consequences for the UK economy will be serious and far-reaching.

I’m not sure that any political leader should be playing poker with their nation’s economy at stake.

Now parliament has returned from summer recess, it must put in as much work into getting a deal as preparing for no deal. 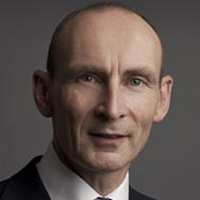