Globalisation, one of the most important economic trends of the last century, has been taking more than a few shots recently. For those prematurely announcing its demise, the evidence may seem clear. The ascent of populism, Donald Trump’s election, Brexit and resurfacing trade wars are sure signs that we have moved past “peak globalisation”. That conclusion is mistaken. 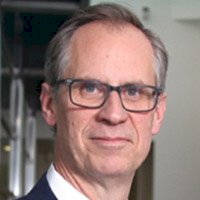 Globalisation is a supertanker. It can change direction and perhaps even reverse course, but it takes a long time to do either. Trump and Brexit are akin to the lookout on the ship’s bridge shouting “rocks ahead". We will not know for a while whether we have steered clear. In the meantime, hang on. Many of the trends that have driven the uprising against globalisation are about to become even more entrenched.

A win-win, in theory

Globalisation is built on a foundation of free flow of goods, capital and labour. This creates a win-win scenario. Growth, in aggregate, increases with greater global integration and over the last three decades, trade has grown along with global global domestic product (GDP). Inflation, normally a worry in periods of faster growth, remains suppressed as production shifts from high-cost regions to low-cost regions. As low-cost producers produce more, their standard of living also grows, providing a self-reinforcing uplift to global consumption. More producers equate to more choices for consumers. Consumers benefit through a greater ability to substitute goods, further restraining price pressures and improving efficiency. In addition, the interdependencies fostered through global trade enhance international cooperation and communication. It’s all bliss, at least in theory.

What can go awry with such an ingenious plan? Plenty, it turns out. Importantly, the benefits of globalisation accrue in aggregate, but they occur very unevenly. Winners and losers are evident across economies and within economies. History shows that the largest and strongest economies are often among the biggest winners. But so are the impoverished societies that are encouraged to produce and innovate: more than 1.2 billion people have moved out of extreme poverty since 1990. Owners of capital, however, easily outpace labourers. Low-skilled pools of labour in higher priced production areas are the unambiguous losers. The rich – both countries and individuals – tend to get richer. This inequality engenders populist feelings in those left behind, who feel they are held back from globalisation. They are correct, at least as it relates to their corner of an increasingly globalised world.

Tariffs may accentuate globalisation trends, not curb them

Evidence arrives daily to remind us that globalisation is unstoppable. At the macro level, the twin deficits in the US are boosting the volumes of global capital movement and interdependency. At a more micro level, we see that expanded tariffs are nearly always short-circuited by global trends. For example, Apple and Foxconn have already announced that in the event of US tariffs on Chinese-assembled iPhones, they have the capability to meet US demand from other countries. The result will be further expansion of manufacturing capacity into economic segments already suffering from overcapacity. Production for US-bound goods will be shifted to even lower cost producers. In summary, tariffs on Chinese goods may accentuate the globalisation trends we have witnessed in recent years rather than curb them. This same story will play out across the goods-producing sectors.

Trade wars are at the leading edge of the globalisation debate. Many worry about the inflationary implications of a trade war that severely disrupts global supply chains. Here again, the evidence suggests otherwise. There is a fundamental difference between a change in the price level and a change in inflationary pressures. Inflation should be thought of as the annual rate of change in prices. A change in price level is different. If all companies paid a new 20 per cent tariff on imported goods and immediately passed it on to consumers, it is indeed true that prices would rise. But if incomes remained static, consumers can afford less. Price levels will reset but the ensuing path of inflation will actually be lower. Attempts to push back on globalisation, perversely, only serve to reinforce the structural deflationary trends we are accustomed to.

Investors must adjust to this new climate. Many of the ways in which globalisation has played out – lower rates, lower inflation, wealth inequality – are here to stay. The reaction function, is now very different. The implications are critical to understand:

Geopolitical risks represent genuine uncertainty. They are less predictable and analysable than other risks, confounding markets. They tend to surprise us, demand immediate attention, and usually lead to overreaction. Investors are advised to focus on those risks that are truly long-lasting and exploit the others, as they are typically short-lived. The key risk in this category is China. Investors must assess whether the endgame is an attempt to level the playing field through tariffs or an attempt to derail China’s long-term challenge to rival the US as an economic superpower. The latter will likely end badly for most risk assets.

More populist backlash is around the corner.The trends that led to populism remain ubiquitous, and thus populism is not going anywhere. This may take several forms. The right-leaning response relies on tax cuts and deregulation. The left-leaning response will rely more on spending and fiscal stimulus (hello, Modern Monetary Theory). Both are policy regime shifts that will materially alter market behaviour.

Developed economies will become even more service oriented. This may lead to a lower degree of cyclicality in developed economies. Assuming a lack of systemic leverage, this might be just the recipe for slower, but still positive, growth with diminished risks – the “Goldilocks” outcome.

Central banks are afraid. Inflation is low and growth is slowing. They have few tools in the toolbox. The US Federal Reserve was the only large central bank to achieve monetary policy lift-off, and they did not get far before affirming that the real equilibrium level of real rates is lower than most thought. Central bank convergence is back on, and absent a recession, will be supportive of risk assets.

Market volatility is likely to be higher. This does not mean volatility will be persistently high, but it will be higher than what many are used to. And it will likely be more sporadic. Combine this with questions and concerns about market liquidity, and investors will need to be careful about not getting spooked as markets periodically trade in wide ranges.

Globalisation is alive, but not well

Globalisation is very much alive. None of the trends that have defined the global economy and market behaviour in recent decades are truly showing signs of reversal. But globalisation is certainly not alive and well. It is taking the brunt of the blame for wealth inequality, the hollowing out of the manufacturing sector in many countries and immigration issues, among others. This is the clash that will help determine the investment backdrop in the next decade. Policymakers will meddle, and voters will speak loudly, electing officials who reflect their views on how to address the problems. Many of the actions will fail. Some will succeed. But nearly all of them will increase volatility and potentially up-end the investment environment. Steer clear of the rocks. 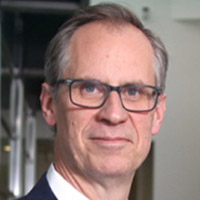