Alphabet and the DOJ

Shares in Alphabet have come under a good deal of pressure over the last year as investors process the implications of increasing regulatory scrutiny, culminating in reports this month that the US Department of Justice (DOJ) is preparing for an antitrust probe into big tech. 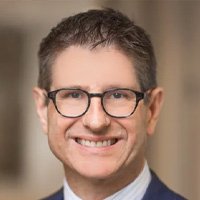 In this short piece, we explain why we believe Alphabet is appropriate for our quality strategy as an extraordinary company under a temporary cloud. Markets hate uncertainty; we believe that today’s price discounts the loss of an antitrust case and that this presents us with a long-term opportunity.

The advertising industry has been through one of its periodic bouts of transformation over the last two decades as marketers followed media consumption onto the internet. The digitalisation of advertising has led to explosive growth in revenues for the internet properties that offer a combination of user numbers and user knowledge. Alphabet has carved an enormous market share in recent years; in 2017, Alphabet accounted for about 50% of the global market for digital advertising. Alphabet’s revenue growth has decelerated to a degree, but digital advertising remains a growth opportunity, even as others enter the space.

While it is tech companies’ knowledge of their users that makes them so attractive to advertisers, they shoulder a good deal of responsibility to use that data ethically. At the same time, the sheer volume of online content brings political baggage and the ability for bad actors to participate in the market for minds. Repeated blunders at Facebook in particular have brought the sector into the political crosshairs.

At the beginning of June, the Wall Street Journal broke the news that the Federal Trade Commission (FTC) and the DOJ had agreed to carve up oversight of the tech giants between them. It is understood that the FTC will cover Facebook and Amazon while the DOJ studies Google and Apple. Investors are fretting over the possibility of antitrust probes on the sector, and shares of Alphabet at the time of writing were 16% below their recent peak.

GMO’s Quality Strategy has a preference for good companies where a temporary cloud has led to a lower than warranted share price. The challenge is separating the temporary clouds from permanent impairment and doing so in real time. Alphabet is an interesting case study.

How worried should Alphabet’s investors be at this point? Of course, the absence of an antitrust probe is better than the threat of one, but investment is a probabilities game. We suggest several reasons why the outcome for Alphabet may not be as bad as implied by the stock market.

In addition, we might add that Alphabet’s experience of the 2013 FTC antitrust probe and recent clashes with the European Union’s competition commissioner mean that the company is, for better or for worse, well-equipped to respond to antitrust issues.

We note that in the most high-profile American antitrust cases across the decades, equity investors fared reasonably well with a long enough time frame in mind:

The point is not that antitrust cases are positive for the companies, but that companies with strong market power tend to make good long-term returns for their shareholders, even when some of that power has been constrained.

Alphabet has lost about $150 billion in value since its peak just a month ago. We believe that Alphabet’s shares are priced as though an antitrust case is certain and will be lost. We suspect that the probabilities are not so clear-cut. We believe Alphabet remains an extraordinary, growing business with a powerful value proposition for advertisers, from mom-and-pop businesses to global enterprises, and yet the stock is priced today like any ordinary business, with a forward multiple in the high teens (ex cash). We think this combination of fundamental strength with some short-term uncertainty puts Alphabet squarely in the wheelhouse of GMO’s Quality Strategy.

Alphabet and the DOJ 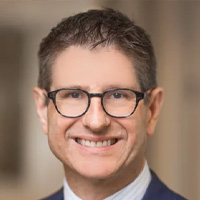