Federal elections can herald uncertainty for Australian equity investors, and 2019 is proving to be no different. Politicians jostle for votes as the polling date nears, promising a range of policies that could usher in big changes for listed companies and those holding their shares. 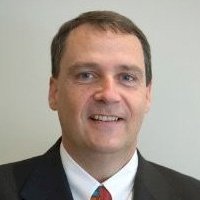 This time around, the Labor Party has added to the pre-election climate of unpredictability by announcing that a federal government led by Bill Shorten would change the investing landscape by ending cash refunds for excess dividend imputation credits.

Labor says closing down this concession to shareholders would save the federal government billions while making the tax system fairer. Of course, the Coalition government strongly disagrees, as do many of those investors who would potentially be worse off under Labor.

Ironically, the dividend imputation system was first introduced in 1987 by the Labor government of Bob Hawke to make the tax system fairer.

The logic behind it was that dividends are paid out of company profits which have already been taxed (at the company tax rate, which is approximately 30 per cent, depending on the size of the company), and therefore they should not be taxed a second time when they are distributed to shareholders.

So under the subsequent system, “imputed” credits were attached to dividends. Equivalent to the amount of tax already paid on those dividends, these credits, also known as franking credits, could then be used to reduce a shareholder’s tax bill.

However there was a catch: once an individual’s tax bill had been reduced to zero, any excess credits were effectively worthless.

Then in 2001, John Howard’s Coalition government changed the rules to allow individuals and superannuation funds to claim these excess franking credits as cash refunds.

Under those changes, which still apply today, if an individual or superannuation fund has imputation credits exceeding their tax liabilities, they are entitled to a payment from the government making up the difference.

Who benefits from franking credits?

The website of the Australian Taxation Office provides some useful examples of how franking credit refunds are calculated and claimed.

Labor says its proposed change to the franking credits rules would leave more than 90 per cent of taxpayers unaffected, and that its main targets are wealthier members of self-managed super funds, some of which receive cash refunds of more than $2.5 million a year.

But Labor’s critics point out that many less wealthy self-funded retirees would also suffer, losing some of the income they receive from their investments in companies paying fully-franked dividends.

Australian equities have generated an average total return of around 8 per cent over the last 25 years, of which more than half was in the form of dividends.

But regardless of who wins government in the next federal election, the history of franking credits in Australia serves to highlight how governments can add to the inherent instability of equity returns.

Despite how these changes to franking credits may impact equity investors, competitive returns can be earned from other investments that have enviable track records. Our monthly income trust, for example, has returned an annualised 7.84 per cent since 2007.

With a loan pool diversified in the residential, commercial, industrial and retail property sectors, the trusts gives investors exposure to income from loans secured by first mortgages over Australian properties with all loan-to-valuation ratios less than or equal to 70 per cent, while offering capital stability.

For more on Labor’s proposed policy changes, get the full rundown on negative gearing or learn more about how you could get your savings working harder with an alternative investment not directly impacted by share market volatility. 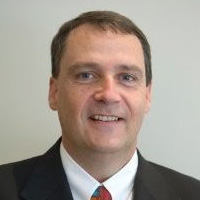