A brief history of super promises

The federal government and opposition have promised a stable superannuation environment, but at the same time, both major parties have changes in the pipeline and a long history of moving the goal posts. 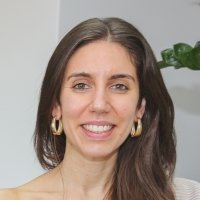 Superannuation has long been stuck in the short-term budgetary cycle, despite years of lobbying for bipartisan support by accountants, financial planners, industry heavyweights and professional associations.

Both sides of government have a history of promising no changes to superannuation. The closest either party has come to ensuring this was in 2016, when the Turnbull government introduced a bill to have the objective of superannuation enshrined in law, two years after a recommendation from the Financial System Inquiry. This never made it through the Senate and has since fallen off the radar.

The federal election is now a month away, and the major parties are again promising that, this time, Australians can expect a more stable superannuation environment. Despite that, there is a line-up of changes waiting in the wings.

The Morrison government has issued a guarantee that his party will not implement new taxes on superannuation. At this stage, there is no time frame for how long this guarantee will last in the Liberal Party’s statement.

It’s important to note that when Scott Morrison was federal treasurer in 2016, he introduced the biggest round of changes to superannuation since the era of Howard and Costello. This includes the $1.6 million transfer balance cap. Mr Morrison also moved to introduce a lifetime cap on contributions of $500,000 for non-concessional contributions, which never eventuated.

The Morrison government will again move to have six-member self-managed superannuation funds (SMSFs) legislated, despite the proposal being removed from a bill introduced earlier this year.

This week, Opposition Leader Bill Shorten said only what has been announced by the Labor Party will be in the pipeline for superannuation if he’s elected to government.

The Labor Party’s plans include the contentious proposal to scrap cash refunds on dividend imputation credits. While this is not strictly superannuation policy, it takes aim at SMSFs using the franking credits system. However, pensioners and SMSFs with at least one pensioner prior to 28 March 2018 will be exempt from the changes.

In addition, Labor plans to reintroduce the 10 per cent test, which essentially restricts the ability for individuals to claim tax deductions for personal contributions.

Changes to the division 293 tax threshold, at which high-income earners pay an additional 15 per cent tax on concessional contributions, would also be lower the threshold from $250,000 to $200,000 under Labor.

Labor is also proposing to lower the non-concessional contribution caps and remove the provision for catch-up contributions.

Mr Shorten disputes claims that these measures constitute an increase in taxes.

“I do dispute it as a tax increase. I absolutely do. What happens when you give a concession to someone is that’s a tax expenditure. If I was to give you a concession on something, that is money that we take out of the tax system, which you get,” Mr Shorten said.

“That is a concession to you. And that, therefore, becomes a choice. Is it the best use of a concession to give someone a concession, preferential treatment on one aspect of superannuation? Or to invest in other parts of our nation’s priorities?”

A brief history of super promises 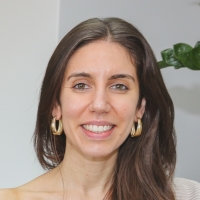