An ongoing challenge for advisers is finding a way to combine the old-school financial products and services that have suited clients for decades with the completely new way that younger professionals want to engage. 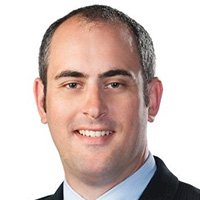 One area where there is a natural synergy between the needs of young professionals and the benefits that financial advisers can offer them is personal insurance.

After all, two topics on the mind every young person is money and the future.

If their money isn’t protected, there’s a good chance their future isn’t either. That is why Personal Income Insurance is so important for young professionals as it provides a basic safety net of income replacement should something go wrong.

With the right cover, a young person could have a replacement income each month for the rest of their working lives (age 65-70). This means they would not be reliant on parents or other family members to financially support them if they were seriously ill or injured and unable to work for extended period.

This also means that the infamous Millennial mind-set of ‘instant gratification’, which some would argue is also their entrepreneurial spark, will be kept burning.

The alternative – of having to rely on government benefits for an extended period of time – is a grim one.

The other advantage of taking out insurance at a young age is they can also lock in very favorable terms at when they are in prime health, and use this as a foundation for future changes to their needs as their lives and careers progress.

This also aligns directly with the healthy, active and ‘green food’ led lifestyle so prevalent on social media, with the Global Wellness Economy estimated at $4.2 billion in 2017. Tying in the need for insurance to the idea of a wellness lifestyle could be a good approach.

While these are messages Millennials need to hear, knowing how to best reach them is the challenge.

However, putting in protocols now to attract and retain young professionals as clients is essential for success in this market.

Let’s be real – Millennials don’t want to be told what to do, or what’s best for them. They want to be able to access the information to make their own decision, just like they’re used to with everything else in their lives.

Generally, they are more likely to engage with a product or brand that they become aware of through the influence of their network, whether this be immediate peers or aspirational figures.

But identifying and communicating with Millennials is no longer about having a great Facebook or social media campaign in isolation. Facebook is for ‘old people’ now – that’s where their parents and grandparents are. It’s now about having the content they’re seeking, easily accessible through whatever media channel they’re engaged with at the time.

This does mean that the difference between having a young professional ignore the message – or end up booking a consultation to talk in further detail about their insurance needs – is small. It could be less than one second on a short video crammed between a Webjet ad and a GIF of a new pair of Nike on The Iconic.

While social media can’t be ignored, at the same time a social media presence has to be well thought out. It can’t be an on a whim or an ad hoc activity. Millennials expect to be able to engage with the services and products they want through any channel at any time.

Of course, there are a myriad blogs, insight reports or ‘deep dive social media analysis tutorials’ – showing you how to best tap into an active social media strategy for your business. And it can be hard to know where to start.

If you’re struggling with the basics, I do have one recommendation: go and ask the youngest person in your office what they did on their way to work this morning, or on the commute home last night. If they weren’t designing the next app for an Afterpay knock-off, they were probably scrolling through their Instagram feeds – and yes, some of them missed your post. 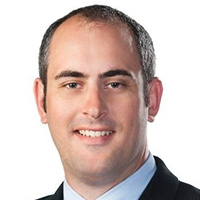