Are we on the road to global economic recovery?

Our view is that the US and global expansion will continue, albeit at a very slow pace, allowing a sustained rebound in spread sectors. 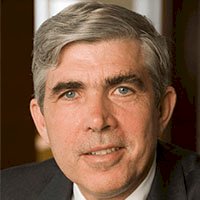 Underpinning the recovery will be the continuing primary (to the point of being exclusive) focus by monetary policymakers on the need to extend the expansion. We also believe the most underappreciated theme continues to be the extraordinarily subdued inflation rates around the globe. In the US, the Federal Reserve (Fed) has missed its inflation target and forecasts for each of the last seven years and looks ready to add 2019 as its eighth. Nine years into the US expansion and inflation has yet to reach the Fed’s 2 per cent target, despite massive monetary and fiscal stimulus. The global inflation rate, which flirted with zero as recently as 2016, has once again been subject to downward revisions after the 2017 and early 2018 bounces. Below-trend core inflation allows central banks the very long leash to get and/or keep interest rates low. And until growth picks up substantially enough to bring these inflation rates back to life – rather than central bank forecasts that they may come back to life – interest rate hikes are off the table.

In today’s debt-laden subpar expansion, monetary policy endeavours to stay accommodative until growth resurges and presents an opportunity to restart normalisation. Then very modest incremental changes can be enacted, with constant vigilance to stop should growth stall. In the US, the window of opportunity to raise rates looked wide open with the economy accelerating to over 3.5 per cent growth (annualised) in the middle two quarters of the year. Inching the fed funds rate up three times seemed non-controversial. But by December 2018, the US economy was downshifting quickly and the global picture was also weakening. In this environment, a Fed pause was called for. Having guided the markets so clearly to expect a December hike, the Fed followed through, but then executed a pause to a “wait-and-see” approach. The Fed clearly expected that the fed funds rate level would be at the very low end of “the normal range.”

It is not absolutely clear cut, though, that today’s rate is at the bottom of that range. In addition to below-target inflation, growth in 4Q18 may come in close to 1 per cent and 1Q19 is off to a slow start. Maybe, as we expect, this lull in growth is temporary. It is also possible that the fed funds rate is already sufficient.

The primacy of the objective of extending the expansion means that a high degree of certainty must be attained before tightening can re-commence. Some Fed members seem confident that such conditions may come back into evidence. But the leadership of the Fed, what might be lightly dubbed the “holy trinity” – the Fed chair, vice chair and NY Fed president – are all on message. They are dutifully nudging market participants to understand that conditions must change substantially. John Williams, president of the New York Fed, made this point explicitly this week: “…but it would be a different outlook either for growth or inflation” to return to hiking rates. This echoes Fed chair Jerome Powell’s comments at his January press conference: “…I would want to see a need for further rate increases....”. The economy will have to pick up speed for an extended period, bringing inflation with it, before the Fed will tighten again.

Globally, monetary policymakers have been in a more accommodative mode than the US has been in for quite some time, as growth and inflation remain below target levels. Indeed, the fear here is that growth will continue to weaken. It was the global weakness, in conjunction with fears of sustained US monetary policy tightening and a potential trade war, that caused risk assets to perform so badly last year. The question then becomes, “can growth remain sturdy?” European growth is off to a very slow start after last year’s downshift to trend from above-trend growth in 2017. Chinese growth continues to be soggy. Japanese growth downshifted, and non-China emerging markets (EM) are trying to shake off the negative effects of last year’s brutal combination of both downwardly revised global growth and higher US interest rates. Clearly the need to monitor further downside challenges is acute. However, some of the factors that drove last year’s extreme pessimism are fading.

Two negatives that may be abating revolve around China. Coming into last year, Chinese policy was in a deleveraging mode as the debt burdens and shadow banking system were being reduced. Belated recognition and an early underestimation of the severity and probable longevity of the trade and economic tensions with the US led to further shortfalls in growth. But the need to shore up growth as the challenge of competition with the US becomes more pronounced has led to extensive policy stimulus. China has cut interest rates and reserve requirements. It has cut individual tax rates and moved to increased fiscal stimulus. Most tellingly, China has very publicly trumpeted the need to reinvigorate the private sector, virtually reversing last year’s program of squeezing private sector borrowers. These policy measures will take hold with a lag, and therefore economic indicators may not turn decisively up for some time. But a long rounding bottom is our base case for China, with growth in the second half of 2019 being better than in the first.

In conjunction with the better economic outlook, the prospects for a dampening of the trade tensions that were so disruptive to global growth seem to be in store. The politics of slamming China publicly played well as long as there was little actual or perceived cost. But with the downshifting of growth, both the US and China have strong incentives to reach a bargain, and have been signalling the likelihood of such an outcome. We do not expect such a deal to come remotely close to resolving all the issues, and expect the economic competition to be a central theme going forward. But we do expect the attenuation of investment projects as uncertainty mounted late last year will subside.

We expect modest, close-to-trend growth of 1.25-1.5 per cent in Europe. Last year, the European downshift in growth was additionally clouded by Italian reticence to accommodate EU budgetary rules, the continuing saga and risk of Brexit and political turmoil in France. The question is whether worst-case tail-risks in these countries will come to pass. Brexit remains unsettled, but our team continues to expect that a “hard Brexit” will be avoided. (We delve more deeply into our views on the topic in Gordon Brown’s recent paper, Brexit: Deal or No Deal? Or Something in Between?.) In Italy, despite its limping economy, the Italians’ willingness to play ball with the EU keeps the European Central Bank on its side. And in France, recent economic perkiness may reinforce the notion that chaotic politics is just par for the course. The central point here is that given the pessimism about European growth, the hurdle for having a better outcome may well be a little over 1 per cent growth for the year.

Emerging markets were hit with a plethora of challenges last year. Higher US interest rates and an ever-stronger dollar led to funding and liquidity challenges. At the same time, fears of slower global growth, emanating particularly from China and Europe, increased downside risks. Lower commodity prices were a further challenge. A full-blown trade war and the resulting reversal in global trade posed a potential nightmare threat. The resulting sum of these risk premia for all these challenges led to spectacular underperformance of this asset class last year.

It also led to EM local debt being priced at an 18-year low, as shown in Exhibit 1.

Many of these headwinds are not only abating, however, they are reversing as well. Fed tightening is no longer in prospect. An ever-stronger dollar seems unlikely. Chinese growth could move from a headwind to a tailwind. And a much more sober approach to global trade resolution may be in the offing.

We believe the severe underperformance of spread sectors to global sovereign bonds last year presents a very meaningful opportunity. The expectation or fears of further slowing growth and further Fed tightening may both be misplaced. A meaningful diminution of trade tensions would be a further positive development. Clearly there are many sources of concern. We are particularly focused on protecting downside risks. The very low rate of global inflation is clearly a very serious yellow light with respect to global growth prospects. But the same dampened inflation strongly suggests we can lean on our expectation of very dovish monetary policy to use government duration as a complement to overweights in spread sectors.

Are we on the road to global economic recovery? 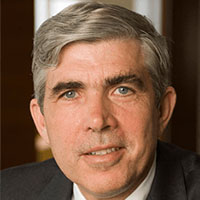