Australian first-half corporate earnings have in many cases surprised on the upside, and there have been some notable performers. Below we list four standout companies which are expected to enjoy strong earnings growth in the second half of 2018–19 and beyond. 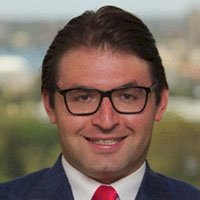 These companies are well managed and profitable, expected to deliver good returns to investors despite a slowing domestic economy,  which is being dragged down by the downturn in housing and consumer spending, which could then hamper earnings for domestic-focused companies.

Our list includes strong exporter IDP Education (ASX: IEL), which recorded net profit after tax of $40.7 million for the first half of the fiscal year, up 34 per cent from the previous corresponding period. IDP’s update reaffirmed the strength of the global business, in particular, the company’s continued success in Asia and the emergence of the Middle East as a target market.

Investors were buoyed by the update, with IDP Education closing on 7 February as the top performer on the ASX 200. The stock is up around 50 per cent over the year to date (YTD), and has hit a record high off $15.09 in February, reflecting strong investor support.

Another strong global company, Macquarie Group’s (ASX: MQG), reiterated its profit guidance for another record year’s recent third-quarter trading update. The bank reported an increase in earnings across most business units with a strong contribution from its market-facing divisions.

Macquarie said it expects annual profits to soar 15 per cent to nearly $3 billion for what would potentially be a fourth consecutive record result. Both of Macquarie’s market-facing businesses, Global Markets and Macquarie Capital, recorded a significant increase in earnings during the December quarter. Its commodities division delivered a strong performance, while its investment banking arm, Macquarie Capital, closed more deals than the previous period, with higher advisory activity in Europe, Australia and America.

Macquarie shares are up around 15 per cent over the year to 19 February and could reach over $150 this year, reflecting strong global and domestic growth in its earnings. Most of the company’s earnings are generated offshore which will help to insulate it against a slowdown in the Australian economy.

Unlike other banks, Macquarie’s strong reputation in avoiding trouble was reaffirmed by dodging any adverse fallouts from the Hayne royal commission. However, Chief executive Shemara Wikramanayake has confirmed that the bank was closely monitoring the implementation of Commissioner Hayne’s final recommendations.

Another strong reporter has been CYBG (ASX: CYB), a holding company that owns Clydesdale Bank, Yorkshire Bank, Virgin Money UK and the app-based bank B in the United Kingdom. CYBG, Britain’s sixth-largest bank, announced 1.4 per cent growth in the quarter’s customer lending to ￡71.9 billion (A$130.3 billion), driven by a 1.2 per cent and 1.5 per cent rise in lending to small-and-medium-sized enterprises (SME) and mortgage growth, respectively.

The company was formed by National Australia Bank (NAB) in February 2016 and is listed on the London Stock Exchange and the ASX.

CYBG faces continued uncertainty moving forward given the lingering nature of Brexit and its consequential impact of the economy within the United Kingdom. With that being said, CYBG was the second-strongest performer of the ASX 200 on the day of its first-quarter update on 6 February, with investors particular buoyed by the company’s cost-savings program.

Northern Star Resources (ASX: NST) has been another standout. Northern Star recorded underlying net profit after tax (NPAT) and revenue growth of 11 per cent to $89.1 million and 43 per cent to $633.5 million, respectively, compared to the previous corresponding period. Positive sentiment is flowing into the business, given the exploration update at the company’s Pogo Mine, and the confirmation of cost reductions in the second-half.

The major attraction of Northern Star among ASX gold producers is the continued strength of its balance sheet. In particular, the company’s ‘cash and cash equivalents’ remained solid at $213.2 million, a slight decline on the previous corresponding period. However, that comes as the company’s capital expenditure sits at a record $83 million, with the recently acquired world-class Pogo Mine, as well as the acquisition of the Tanami mine.

We expect the upward momentum in Northern Star’s share price to be maintained, with the current share price of $9.83 representing gains of around 57 per cent over the year to 19 February. 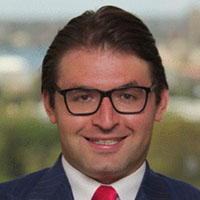