Will the US and China finally share their toys?

The markets limped to a tepid close on Friday, with stocks broadly flat and the US dollar broadly ascendant. Politics, rather than data, will overshadow the markets this week, with US Trade Representative Robert Lighthizer and Secretary of the Treasury Steven Mnuchin heading to Beijing for another round of trade talks. 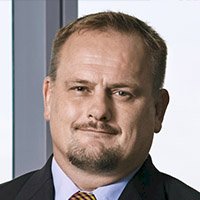 There’s a sense of urgency to this round because the US has imposed a 1 March deadline by which time they expect the Chinese to put a deal on the table. If no deal is agreed by then, a belligerent President Trump and US Congress will be more than willing to simply extend the trade war, so China will need to make the first move if they are to reach a détente.

Somewhat lost amongst the trade talk noise, the US is facing another government shutdown from this Friday. The Democrats have thrown a few bones, but neither side is talking directly, which isn’t a good sign. Whether President Trump will chew or choke on those bones is too hard to predict.

Closer to home, Thailand’s King Maha Vajiralongkorn did the previously unthinkable, directly involving himself in the politics of the country. The King effectively barred his sister, Princess Ubolratana Rajakanya, from running for Prime Minister in an intervention that will send shock waves through the country and turmoil into the forthcoming April elections. We expect above-average volatility in both the currency and stock markets today as the street digests this news.

On the data front, we have a packed calendar this week. China is back from Lunar New Year and releases new loans today, which will be closely monitored for any slowdown signals. The UK presents GDP data, which will no doubt be overshadowed by the long-running Brexit talks soap opera.

The Reserve Bank of New Zealand (RBNZ) announces its first rate decision of the year on Wednesday followed by the US Consumer Price Index (CPI). Thursday sees the release of Japan’s GDP followed by the Eurozone’s, with the street fretting over further signs of a slowdown, most notably in Germany.

Kicking off the week, the US dollar remains strong against the majors and regional currencies. Talk of its demise could be premature in the bigger picture because – of all the developed nations – the US at least partially normalised interest rates before the Federal Reserve called time in January. Many of the world’s major central banks are continuing to maintain quantitative easing or have record low rates – not a good sign if the world economy turns down. For now, the US dollar remains the least ugly horse in the glue factory.

AUD and NZD could face another tough day at the office if risk aversion picks up this week, depending on whether the trade talks progress (or not). Any signs of dovishness from the RBNZ policy statement could be seized upon by the bears lurking in the shadows.

The progress of the trade talks could also weigh heavily on regional currencies. Almost all have a high beta to China and are intimately entwined economically. Malaysia and Indonesia, in particular, could feel the chill winds if the talks don’t go well.

GBP continues to bounce around the 1.2900 mark as reality starts to bite on Brexit. It will be hard for GBP to sustain any meaningful rally while the UK’s position remains in a state of flux and Europe remains belligerent on further negotiations.

Following a quiet finish in the US on Friday, we expect a flat day in Asia as the markets eye China’s return. The exception could be Thailand where the weekend’s news could see investors running for the door and moving to cash.

Expect the regional stock markets to be buffeted by trade talk headlines. A lack of progress may weigh heavily on local bourses.

The US markets will see stocks with large China exports come under pressure as well if talks falter, but overall, the focus will be more inward-looking towards that potential government shutdown occurring this Friday.

Despite the potential shutdown, the US Congress has been busy. On Thursday, they passed a bill allowing the Department of Justice to sue OPEC for manipulating prices. This news hasn’t seen much airtime but has the potential to throw some spanners into OPEC’s cogs. It could put further downward pressure on Brent in particular.

Crude finished the week quietly midrange with Brent closing at around USD62.00 a barrel and WTI at USD52.00. Of the two, WTI looks the more vulnerable with technical support just below at USD51.50. Overall, it’s hard to see a significant rally for oil with the legislation and trade talks hanging overhead.

Gold weathered the storm last week and the sell-off petered out ahead of 1,300.00. This is a positive technical development, and with so much geopolitical risk in the region this week, gold is well placed to benefit and potentially retest 1,325.00.

Will the US and China finally share their toys? 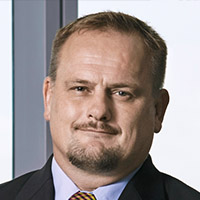