3 key attributes to look for in growth companies

Investors today need to consider more than the hard numbers of target investments. They also need to identify “softer” aspects of companies to gain an advantage. 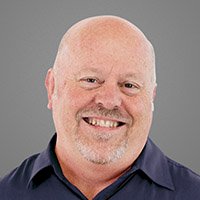 This message is consistent with the recent revelations of misconduct from the royal commission, which also emphasised the need for investors to garner greater insights into the corporate culture of the organisations in which they invest.

An organisation can have the greatest products, a robust brand and reputation, effective policies and processes and a long history of trading; but if the culture is poor, it is much less likely to succeed when compared with a business that has a healthy culture.

Despite those good products, you might find that customers have complained about slow delivery, or poor service, or rude employees. These are all indicators of the health of a company’s culture.

In contrast, companies with great service and employees that go the extra mile rarely have complaints made against them. And if they are not making complaints, then customers will return to the better businesses, leading of course to better business results. It’s that simple.

Around the world, we’ve identified three key attributes to look for in great growth companies. These include:

1. A tailwind, or growth path ahead

Does the company have some kind of long-term growth path in front of it? Is the company’s industry set for secular growth, or secular decline?

If the global demand for a company’s products is shrinking —  or worse, if the product has been made irrelevant by a change in consumer preferences — this can be quite dangerous. For a fairly recent example, ask the shareholders (or owners) of any small- or mid-sized newspaper companies.

This attribute is, I think, rather obvious. I call it a “price of admission” characteristic. Making sure it is present won’t set you apart much, but if you forget to think about it, you are asking for trouble.

Warren Buffett used the “moat” metaphor to describe a competitive advantage. He likened a business to a castle, and suggested that the company’s edge — the thing that keeps competitors from just copying your business and destroying your profits — was the moat around the castle. Hence, a “wide moat” business is better protected, and can earn higher profits for a longer time because of that protection from competition. With Buffett’s success, this concept caught on. Today, for example, Morningstar publishes “moat ratings” for thousands of companies.

One financial metric that gives a good sense of whether the moat is wide or not is return on invested capital, or “ROIC”. High profitability attracts competitors, so a ROIC that has stayed high is a decent indication that there is some kind of moat that has prevented competitors from attacking. But note the past tense — ROIC is what I call a “rearview mirror” metric, in that it tells you quite well where you have been, but really tells you nothing about where you are going.

We call this dynamic aspect “moat trajectory”, and our approach to identifying moat trajectories — as early as possible — has been to:

2. We then evaluate a prospective holding using that framework of indicators:

Again, the big idea is that the size of the moat is not what matters; it’s the direction of change.

Significantly, deteriorating moats can be serious capital destroyers. And they are deceptive, because they usually start out as a great company that looks really cheap. Just ask the shareholders of Nokia, or Blackberry, or Yahoo, or dozens of others like them.

So, a “wide-moat company selling at a discount to intrinsic value” (an all-too common phrase in our industry) is not the answer. You cannot look at value alone. In particular, don’t let cheapness deceive you into believing you have a “safe” investment.

The question to ask is, “Where is the company’s competitive edge going to be in the future?” This is more important to consider than share price and value. For instance, some people will invest in the biggest company, or in market leaders, believing that this will provide safety for their investment. But if the organisation is losing its edge, either by declining market share or some other aspect of its moat, then that organisation may experience challenges and ultimately its share price will suffer.

Even when you have nearly identical businesses in the same industry there can still be big differences in business performance. I’ve concluded that the explanation is generally corporate culture. For example, consider how Costco is so much more successful than Sam’s Club (a division of Walmart).

Corporate culture is a much more important factor than most realise. Intuitively, this makes sense: if your employees hate working at your organisation, they are not going to give their best efforts or ideas, and that will make it nearly impossible to have a good company (or investment). In contrast, if people enjoy working at their organisation, they are going to do more for it and their colleagues — and for the customers.

But how do you analyse corporate cultures? It’s not easy, and that’s why most investors skip it. We have an analyst dedicated to probing the cultures of companies in which we invest, and have developed a proprietary methodology for assessing this highly subjective element. Assessment techniques we use to determine this include meeting with company management, and interviewing former employees, vendors, customers, and competitors. We also consider employee turnover rates, net promoter scores, online reviews, surveys, and many more inputs.

Visiting a business’s operations, for example, enables us to gather small, yet often highly informative details to evaluate its culture. Similarly, things like industry surveys and net promoter scores reveal hard-to-quantify appraisals of cultural reputations, or overall customer satisfaction. The latter, for businesses with a significant proportion of customer-facing staff, is often reflective of culture. As the saying goes, happy employees make happy customers, which make happy shareholders.

The magic combination is a culture which encourages the behaviours that enhance the company’s competitive advantage. This can keep a business ahead of its competitors for years and years.

Accordingly, good investment research today is not just about getting hard financial numbers; it’s also about gaining a better understanding of the “softer” aspects of businesses.

3 key attributes to look for in growth companies 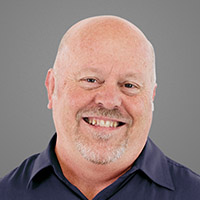