The rise of the neobank

APRA has issued another restricted ADI banking licence to a banking disruptor, prompting Investor Daily to take a closer look at this fresh crop of Australian banks. 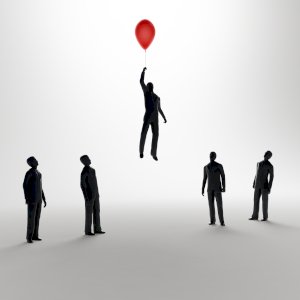 On Tuesday (18 December), the prudential regulator announced that Xinja Bank Limited has been officially authorised as a restricted deposit-taking institution (RADI).

Xinja is only the second Australian neobank to receive this status. Volt Bank was granted a RADI in May, literally days after APRA finalised the framework, which was created in response to the government’s push for greater innovation and new entrants to the banking industry.

However, as its name suggests, a restricted ADI licence has significant limitations. A RADI is really a stepping stone on the journey to acquiring a full banking licence. It allows neobanks like Xinja and Volt to conduct limited banking capabilities for a maximum period of two years while they develop their capabilities and resources. It also gives them time to raise the significant levels of capital required to meet APRA’s demands for a full banking licence.

RADI’s must hold a minimum $3 million in capital, or 20 per cent of adjusted assets, and can only hold $2 million worth of customer deposits. When you consider that Australia’s largest bank, CBA, holds more than $150 billion in customer deposits, you get an idea of the competitive dynamics at play here.

However, the royal commission has severely damaged the reputations of the incumbent banks like CBA and customers are arguably more open to alternative offerings. Neobanks like Volt and Xinja could be poised to capture a decent share of the banking sector – provided they have their ducks in a row.

Volt, led by former NAB and Barclays executive Steve Weston, is arguably the frontrunner in the race to obtain the much-coveted full banking licence. The speed at which Volt was able to secure a RADI is worth noting. Investor Daily understands that the group has been working tirelessly to secure a banking licence as soon as possible.

The word on the street is that Volt could be given full ADI status by the end of the year after it brought in KPMG’s corporate finance team to facilitate a capital raise of around $40 million.

Anyone looking to make a bet on whether or not a brand-new challenger bank can succeed in a market as oligopolistic at Australia’s needs to consider two things: how willing customers are to try them out and if they have succeeded in other markets.

The customer demand is clearly there. The royal commission has provided the perfect platform for neo-banks tell their story, which is the antithesis of what we heard from the banks during the Hayne inquiry.

A quick look at Volt’s website shows the bank is tapping directly into the complaints of Australian banking customers and addressing them head-on.

“We’ll always give you honest recommendations to protect your money and your data,” the company promises.

“We’ll remove speed bumps and will use the best available tech to make things easy and simple.

“We’ll suggest ways to save you time and money, both when you borrow and when you spend.”

Where incumbents have been slammed for predatory lending tactics and high credit card fees, neobanks are looking at ways to harness technology to provide a disciplined approach to lending, saving, spending and investing money. Responsibility is high on their agenda. I’ve heard that one potential Volt Bank feature will allow customers to set parameters that lock them out of their account for a 24-hour period if they know they’ll be in a situation where spending could get out of control, like a pub or casino.

Challenger banks have made significant inroads in the UK, which is always a good market to follow for clues about what will happen in Australia. Our British cousins were a few years ahead of us on mortgage reform, macro prudential measures and the rise of the neobank.

Groups like Aldermore, Atom Bank, Metro Bank and Monzo have cropped up since the GFC. Metro Bank launched in 2010, when the shocks of the financial crisis were still being felt by many, and became the first new ‘high street’ bank to launch in Great Britain in over 100 years.

While Metro Bank competes directly with the UK’s high street incumbents like HSBC and Santander, Australia’s neo-banks will offer a completely digital service.

With more and more Australians using their smartphone for everyday banking, a simplified customer-friendly approach to financial services could be the winning ticket for groups like Volt and Xinja. Particularly as the majors face the challenging task of transforming from large, slow-moving machines to nimble, more efficient operators.

The rise of the neobank 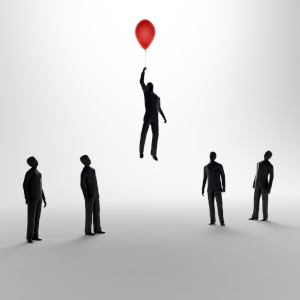