Fairytale economics will not enchant markets

As is often the case, the stock market’s recent volatility overshadowed most other news. That focus could prove misguided. For investors, the latest economic policy developments across the West could turn out to be much more significant. 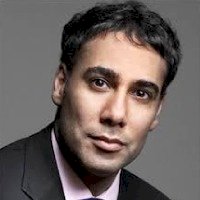 In a remarkable break with the economic prudence of the past decade, policy makers are taking their feet off the spending brakes. In the US, with the mid-term elections looming, the President hailed the continuing stream of positive economic data and Democrats’ warnings about the cost of tax cuts failed to cut through. Meanwhile the UK’s perennially cautious Chancellor of the Exchequer Philip Hammond laid out a budget that moves the government’s economic strategy from austerity to investment, as flagged earlier by Theresa May. And in Europe, the Italians’ rule-breaking budget plans are making waves around Brussels and throughout the bond markets.

Inevitably, politicians and economic commentators are deriding this combination of tax cuts, higher public spending, and the inattention to government balance sheets it seems to imply, as fairytale economics.

Yet country by country, a version of this strategy is setting the direction of travel. Even a reversal of political fortunes wouldn’t necessarily change that outlook. In the US and the UK, for instance, the opposition disagrees on the strategy for tax revenues but their spending plans would, if anything, be greater.

It is not inconceivable, however, that these fairytale economics will actually work – at least to some extent. But their impact on markets will not be unequivocally positive.

For one, tax revenues don’t always respond as expected when headline tax rates are adjusted, as economic research suggests. With tax policy, the devil is in the detail, which often accounts for some of that deviation. But more importantly, lower tax rates often shift activity from the cash or informal economy to the regular economy, lessening the incentive for individuals or companies to find ways of sheltering tax. That matters in today’s digital economy, where much of what we do is harder to invoice in the conventional way. If taxation changes merely shift how activity is conducted, without significantly affecting how much of it takes place, the Laffer Curve becomes less responsive (the Laffer Curve predicts that tax revenues won’t keep up when tax rates rise as the more of an activity is taxed, the less attractive it is to generate it). This means that tax cuts may not cost government balance sheets as much as feared, and tax increases may not benefit them as much as hoped.

Second, how markets assess government borrowing, and how comfortable governments, therefore, are with that borrowing depends on the outlook for inflation and growth. Markets will worry less about short-term deficit expansion if the economy grows at its trend rate, and if inflation normalises at levels close to or above central bank target levels. In such circumstances, the ratio of debt to GDP need not increase, or could even fall.

Third, the West’s new economic strategy is politically irresistible. Fiscal spending constraints have hit public sector employees and those who work in sectors and services supported by government spending the hardest. A good case in point is the backlog of infrastructure spending in the US – a 2016 priority of both Republican and Democrat candidates. With a new majority for the Democrats in the House of Representatives, infrastructure-targeted expenditure looks set to move up the agenda.

But here’s the crux for investors. Even if the fairytale economic scenario turns out to be less fanciful and more successful than its critics are suggesting, this will not be to the over all benefit of asset prices.

In an environment of higher inflation, returns on sovereign bonds will suffer as monetary policy is tightened and governments issue a steady supply of new debt. Additionally, economic expansion may well provide less of a boost to operating leverage among companies than would normally be the case, because corporate margins are already elevated and higher inflation will be eating into them.

And finally, a shift in emphasis from private to public spending may weigh on overall economic returns. The fairytale economic strategy will undoubtedly improve aggregate demand, but it is possible that private capital expenditure – the private sector’s investment spending – remains constrained as companies adjust to higher levels of cost inflation than they have been used to in recent years. Private sector investment tends to target a specific return; government spending generally doesn’t. So it is only rational to expect growth multiples to ease when government expenditure takes a larger share in the overall economic mix. 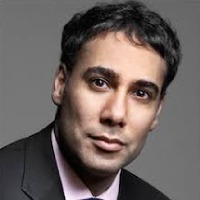