The steep sell-off in US equity markets suggests October could be the worst month since the global financial crisis of 2008. Seven trillion dollars have already been wiped from the global market cap, and still there are no signs of bulls returning. 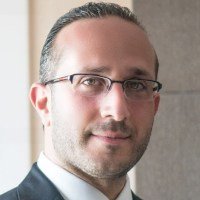 The bears seem well in control of the market and there are many reasons to justify their actions. Whether it’s weakening global economic growth, the ongoing US/China trade war, monetary policy tightening, fears of a hard Brexit, Italy’s budget woes… the list goes on. What is more interesting is that investors are even punishing companies that have reported positive earnings surprises.

To date, almost half of S&P 500 companies have announced earnings results for Q3. Out of 241 companies, 77 per cent managed to beat on EPS, and 59 per cent beat on sales according to FactSet. Companies that have reported positive earnings saw, to their surprise, their stocks declining 1.5 per cent on average two days before the earnings release through two days after the announcement. So, earnings do not seem to be a key reason for the market sell-off despite some big names like Amazon and Alphabet disappointing investors.

In fact, valuations are becoming attractive following a 10 per centplunge in the S&P 500. Forward P/E ratio is currently standing at 15.5 compared to the five-year average of 16.4. That’s the time when investors should consider buying companies with strong fundamentals. This is especially the case when economic data is still supporting. Friday’s data showed the US economy expanded 3.5 per cent in Q3 after 4.2 per cent growth in the previous quarter mainly driven by consumer spending.

So far, it seems more of a market correction than signs of a recession. However, if leading economic indicators begin pointing south while the Federal Reserve keeps raising interest rates, the stocks correction may become a bear market. Inflationary pressures are the biggest risk to preventing the Fed from slowing the tightening cycle. That’s why investors need to keep a close eye on Friday’s US wage growth figure. 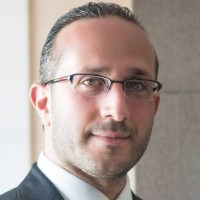