Equity markets have staged a rebound since the middle of February after one of the worst starts to the year ever, says BT Investment Solutions' Tim Rocks.

Two months ago, markets were concerned about China, oil prices and US manufacturing.

These fears have now largely dissipated, with the rally driven by supportive central bank actions, easing credit concerns and an improvement in macro data.

It is expected these recent trends will continue and, in this environment, equities and property are preferable to fixed income and alternatives.

What a difference a couple of months can make.

The chart below shows that global equities have rebounded in March and April after falling precipitously earlier in the year.

In fact, most markets are now back where they started at the start of 2016. Commodity prices, particularly oil and iron ore, have also rallied sharply while the Australian dollar is almost back at 80 cents.

So what was all the fuss about? Looking back, investors were concerned about a number of issues.

China’s decision to depreciate its currency in January raised questions about the state of the Chinese economy. There were fears that the sharp fall in oil prices could stir energy defaults and threaten the health of banks.

US economic data was weaker and investors were worried this would push the US economy back into recession.

Fast forward to today, and there are several reasons why markets have rallied so handsomely:

The US Federal Reserve

The US Federal Reserve (Fed) has pulled back from its plan to raise interest rates multiple times in 2016. At its December meeting, the Fed projected that it would raise rates four times this year.

Last month, it lowered this forecast to two. Market pricing is even more conservative. This has put downward pressure on the US dollar.

China has signaled an intention to slow down its reform agenda and to stimulate its economy. Credit growth has picked up sharply, the central bank has been lowering reserve requirements, while fiscal spending has been ramping up.

These efforts are putting a floor under Chinese activity. Earlier concerns that China was on the brink of devaluing its currency to counter capital outflows have dissipated for now.

There has been an improvement in US macro data, helping to reduce recession fears. The manufacturing sector is expanding again, supported by rising oil prices and a lower US dollar. Labour market data has also continued to improve while consumption has held up.

An easing in credit market concerns, partly due to the decision by the European Central Bank to begin purchasing corporate bonds as part of its quantitative easing program. 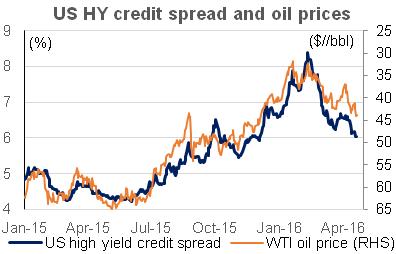 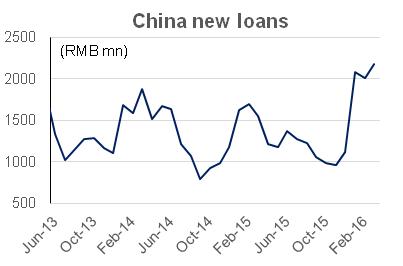 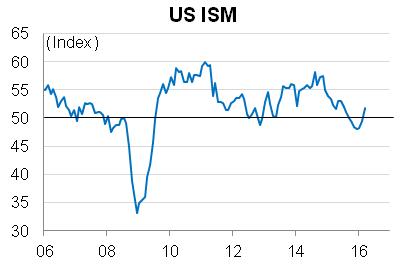 We do not think that the good times are over, retaining our relatively positive view on markets.

While we expect subdued economic activity to continue, activity should be strong enough to ensure that Australian and international equities will outperform global bonds.

Meanwhile, property will deliver strong returns as income growth and yields remain healthy. Commodities returns will be modest but better than in recent years.

Here is an overview of our thoughts on the major asset classes:

Tim Rocks is the head of market strategy and research at BT Investment Solutions.