A NAB executive has been convicted and fined after attempting to obtain tax refunds close to $25,000 in work-related expenses.

Sydney man Mario Seifried has now been handed a criminal conviction and fined $1,500 after appearing before the Downing Centre Local Court on Tuesday.

Mr Seifried, an executive manager at Commonwealth Bank (CBA) at the time of the offence, had lodged two income tax returns for the 2016 and 2017 financial years, falsely claiming a range of car, travel, self-education and other work-related expenses that he had not legitimately incurred.

In his 2016 return, Mr Seifried claimed to have incurred more than $15,000 worth of travel expenses for overseas conferences, but the bank had no record of him submitting any international or domestic travel requests for this period.

Records obtained from the Department of Immigration and Border Protection also confirmed that he did not leave the country during the 2016 financial year.

On the self-education front, Mr Seifried attempted to claim expenses for a course his employer had already paid for and a master of business administration that he had already undertaken.

The ATO noted that Mr Seifried wrongfully obtained $24,239 in refunds, but has since repaid this amount.

According to his LinkedIn profile, Mr Seifried left CBA in mid-2019, and is now the head of anti-financial crime at National Australia Bank. 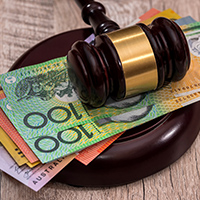