An industry super fund has been accused of corruption just one day after its chief executive resigned.

During a House of Representatives standing committee on economics on Friday, Liberal MP Tim Wilson took APRA to task on why it was not aware of the behaviour of EISS Super, which reportedly spent thousands of dollars on football advertising and overseas trips.

“We have EISS indulging in, well, frankly what verges on corruption, as far as I’m concerned,” Mr Wilson said.

“This is deeply questionable behaviour.”

EISS was also one of the 13 funds that failed government’s inaugural performance test last month.

“All this says to me, is it puts to bed the lie that was perpetuated since the Hayne Royal Commission that some of these super funds are all…  doing things in the best interest of their members,” Mr Wilson continued.

“Most of them are an indulgence of various funds, seeking to use members money, to suit their personal benefit in different ways and this is a classic example of it and it’s scandalous.”

APRA agreed that EISS’ behaviour was “egregious” and is considering taking action against the fund.

“EISS Super is filled with incredibly talented people who are highly dedicated and more than capable of completing the merger transaction. Given the industry challenges ahead, it is good to know that EISS Super is in safe hands,” EISS chairman Dr Warren Mundy said in a statement given to InvestorDaily.

“Alex has requested that his resignation be effective immediately, which I respect and have agreed to.” 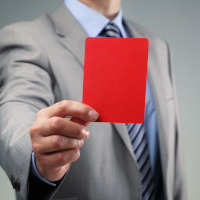