A new report from a responsible investing consultancy suggests that while many blue-chip companies have diversity programs that look good on paper, they’re missing key elements around equity and inclusion.

The report from research group Regnan, which involved a review of academic and industry literature around diversity as well as qualitative interviews and performance analysis of leading organisations, revealed that company policies around equity and inclusion were more likely to lead to improved performance as compared to a general hiring policy around diversity.

“A focus on diversity without equity and inclusion can hinder contributions from people in non-dominant groups and undermine future diversity efforts,” the report said.

The report cited Deloitte data that companies with sound inclusion policies were 3.6 times better than other companies at dealing with performance issues among staff.

As a result, it was important for investors to focus on elements of an inclusive culture in companies when evaluating them from an ESG perspective, rather than solely on diversity of talent, according to Regnan.

Based on research from Cornell University, the report drew out three essential elements of a successful inclusion framework – equitable employment practices that eliminated bias at all stages of the employee life cycle; a supportive culture that ensures employees can make contributions without fear of negative retribution; and the ability of the organisation to adapt in response to employee feedback.

“Features that indicate stronger commitment include transparency in allocation of an organisation’s resources (such as access to opportunities for development or recognition); design of customised processes to protect against bias (for example challenging ‘essential’ elements in selection criteria); [and] pay that reflects the level of skill and responsibility required relative to other roles (rather than being subject to potentially biased remuneration outcomes or an employee’s ability to negotiate)”, the report said.

When assessing a company’s commitment to these factors, investors should look at more qualitative measurements than simply the number of employees by gender or ethnicity, or employee turnover, Regnan stated.

“For example, workforce composition data may identify fewer women in an organisation’s senior roles than might be expected based on numbers in middle management. Bringing other data to bear on the subject could instead reveal that this is due to the impact of bias in pay and progression decisions when compounded over a career,” the report said.

“Investors need to reconsider how they evaluate and engage with companies, increasing their focus on equity and inclusion,” Regnan head of engagement Alison Ewings said.

“There is an opportunity for investors to consider the presence of these factors as an indicator of the likely contribution of the diversity, equity and inclusion efforts to the improved performance of investee companies.” 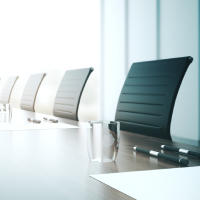