AustralianSuper CEO to step down

AustralianSuper chief executive Ian Silk has announced his intention to step down after 15 years leading the super fund.

The board announced the news on Tuesday and also confirmed chief risk officer Paul Schroder will take on the role once Ian Silk’s term ends later this year.

“The AustralianSuper board wishes to express our deep appreciation for the leadership and integrity that Ian has consistently displayed throughout his tenure and in building an organisational culture that always puts the long-term financial interest of members first,” AustralianSuper chair, Don Russell, said.

“Under Ian’s leadership the fund has always been ambitious for members and this has played a vital role in ensuring AustralianSuper has been able to use its size and scale to be the number one performing fund across multiple time periods.

“The fund has no other objective than to work in assisting members to achieve their best financial position in retirement.”

Mr Silk noted leading the fund as it grew from 50 to 1,000 employees as a career highlight.

“It has been an amazing privilege to work with my colleagues across the Fund to deliver the best possible financial returns for the more than 2.4 million members who trust us with their retirement savings,” he said.

“I look back with huge pride on what the team at AustralianSuper has achieved.

“Paul has played a key role across the fund over the past decade in providing low cost insurance to members, building the fund’s brand and most recently embedding a leading risk culture at AustralianSuper.

“He is exceptionally well placed to lead the fund in its next phase as it moves towards being a profit-for-member $500 billion superannuation fund in the next five years, that uses the scale of the organisation to benefit members.”

Dr Russell also confirmed that the AustralianSuper board unanimously decided that Mr Schroder take on the CEO role.

“Serving members and helping build their retirement balances is central to our purpose and ingrained in our culture,” Mr Schroder said.

“I look forward to working with my colleagues and key stakeholders to continue to deliver on that vision.”

AustralianSuper CEO to step down 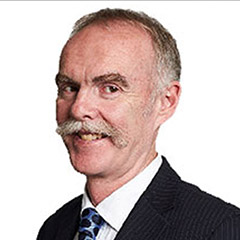