Speaking at VanEck’s Visionaries and Innovators Series on Friday, the former prime minister said there is an opportunity in the market for a clean energy company to step up.

“There is obviously a big clean energy sector in Australia,” Mr Turnbull said.

“I think there is a real need for some big listed clean energy companies. There was a big listed company called Infigen... it had a portfolio of mostly wind and some solar. It had the potential of being that type of company.”

“There was a big opportunity missed,” he said.

“So I think there is an opportunity in the Australia market for someone to consolidate clean energy assets in a way that presents an opportunity for ESG funds to invest.” 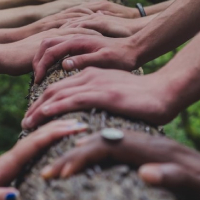