The Hayne commission didn’t go far enough and is having its impacts undone by the Morrison government, according to Banking Bad author and journalist Adele Ferguson.

Speaking at the Morningstar Individual Investor Conference in Sydney on Thursday, Ms Ferguson – whose work was instrumental in bringing about the Hayne commission – said that the findings of the commission were let down by a lack of accountability.

“I felt that they needed to have a template of remediation… a proper scheme, that when banks do the wrong thing, this is the gold-plated way that we deal with it. And they didn’t do that.”

Ms Ferguson also said that the results of the royal commission were in danger of being watered down by the Morrison government.

“What seems to happen is there will be an inquiry, there will be some great recommendations, and then the lobbyists start to get involved,” Ms Ferguson said.

“And by the time they’re finished the legislation is watered down. And that’s my feel that it will happen again.”

Ms Ferguson said that she believed that the appointment of commissioner Kenneth Hayne was politically advantageous and that the royal commission was essentially kneecapped from the start.

“He was very conservative, and a stickler. So I think they knew that he would stick to the 12-month limit. He had a budget of $70 million, which in the scheme of royal commissions isn’t a lot of money,” she said.

She also noted the short time frame of the Hayne commission, comparing it unfavourably to the Royal Commission into Institutional Responses to Child Sexual Abuse, which ran from 2013 to 2017.

“You’d think with such a massive sector of financial services, two years would have been a good amount of time. You could have looked at a few more companies in detail,” she said.

Ms Ferguson also believes that the Hayne commission missed out by not pursuing payday lenders, which went largely unnoticed amid revelations about high-level malfeasance at the big banks. 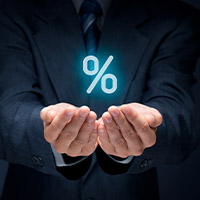